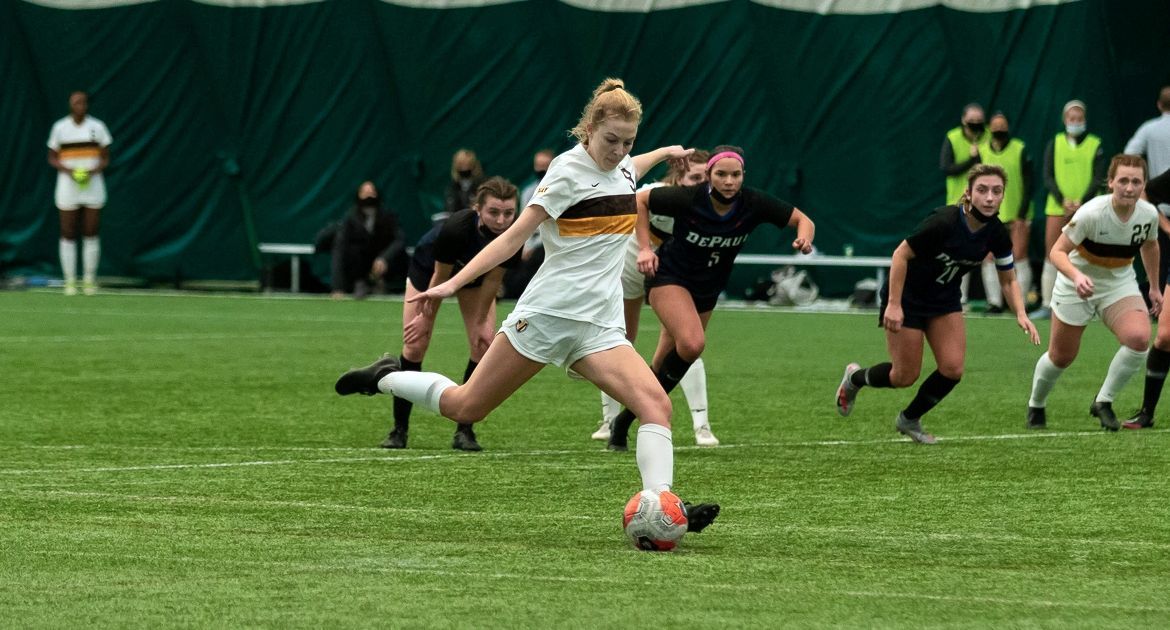 Kelsie James strikes her PK Monday which equalized the match in the 85th minute.
DePaul at Valparaiso | February 22, 2021

The Valpo women’s soccer team equalized its non-conference match with DePaul Monday afternoon at Sparta Dome in Crown Point with a penalty kick in the 85th minute, but the Blue Demons pulled out a 2-1 victory as they found the back of the net with 14 seconds remaining in regulation.

“Obviously dropping the game the way we did doesn't sit well, but at the same time, I felt like our team grew exponentially today.”

“To be able to come in and get the equalizer late in the second half was huge. I thought Kelsie did a great job stepping up to the spot and knocking it in with quality.”

“There are too many players to talk about in terms of good performances today — so many players stepped up. This is definitely a game which we will learn a great deal from, and this performance should be our standard moving forward.”

“I think we had a really good run with our three matches in the non-conference. They were a great way to prepare for the MVC season, and we look forward to getting that started on Sunday.”

Valpo (1-1-1) opens up conference action on Sunday afternoon from Southern Illinois. Kickoff in Carbondale is slated for 1 p.m.