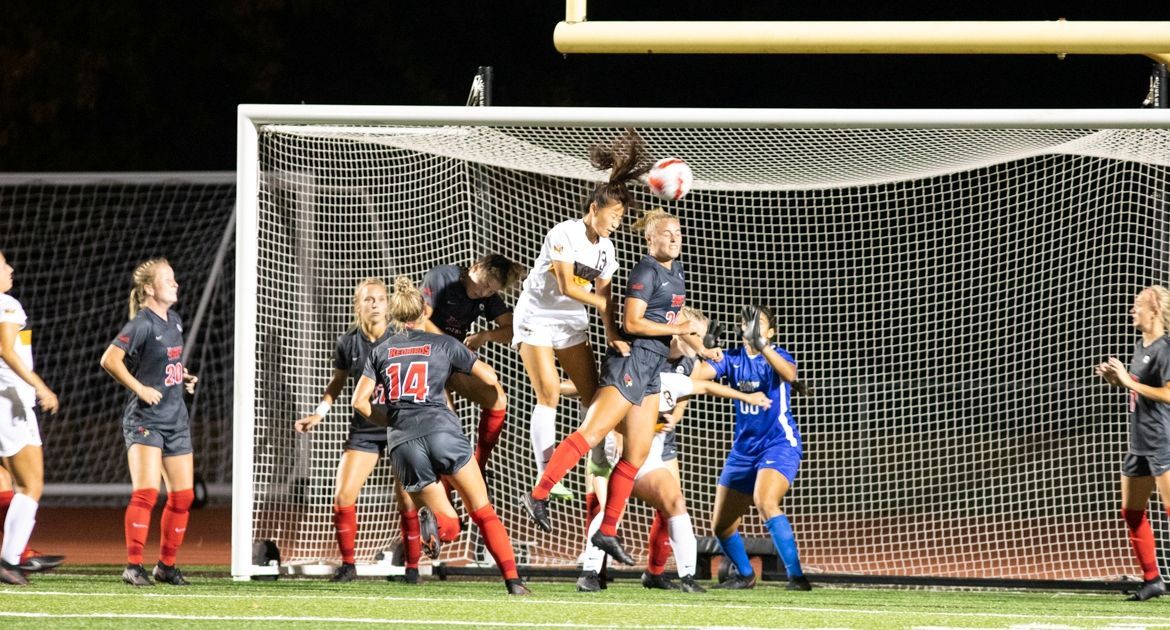 In an exciting, up-and-down battle which saw both teams have multiple quality chances Friday evening at Brown Field, it was a late goal from freshman Dana Fish (Sheboygan, Wis./Sheboygan) which was the difference maker, as the 83rd-minute header gave Valpo a 1-0 victory over Illinois State as the Beacons claimed three points in the MVC opener for both sides.

“I’m really pleased with the team tonight, because we were solving problems which matched what we worked on during the week in our game model. We made good decisions, battled, competed, progressed the ball well and were rewarded for our work.”

“I loved how we handled Illinois State’s press. We weren’t always successful, but I really liked the thought process about how we were trying to solve that problem during the game.”

“It’s a fantastic result, always great to start conference with three points, especially against a good team like Illinois State. So many good performances were a part of it tonight — Cierra had a good night, Dana obviously came in and impacted the game, Chase comes in at the end of the game and won a number of headballs to help us kill the game off.”

“Everybody played their role tonight, and that’s what good teams do. The effort and the battle and the competition and the grind is what is our standard — tonight, we brought that standard, and we used it to come away with three points.”

Valpo (4-4-1, 1-0-0 MVC) has a week until it steps into competition again, when it makes its first trip of Valley play to Terre Haute to face Indiana State next Friday at 6 p.m. CT.