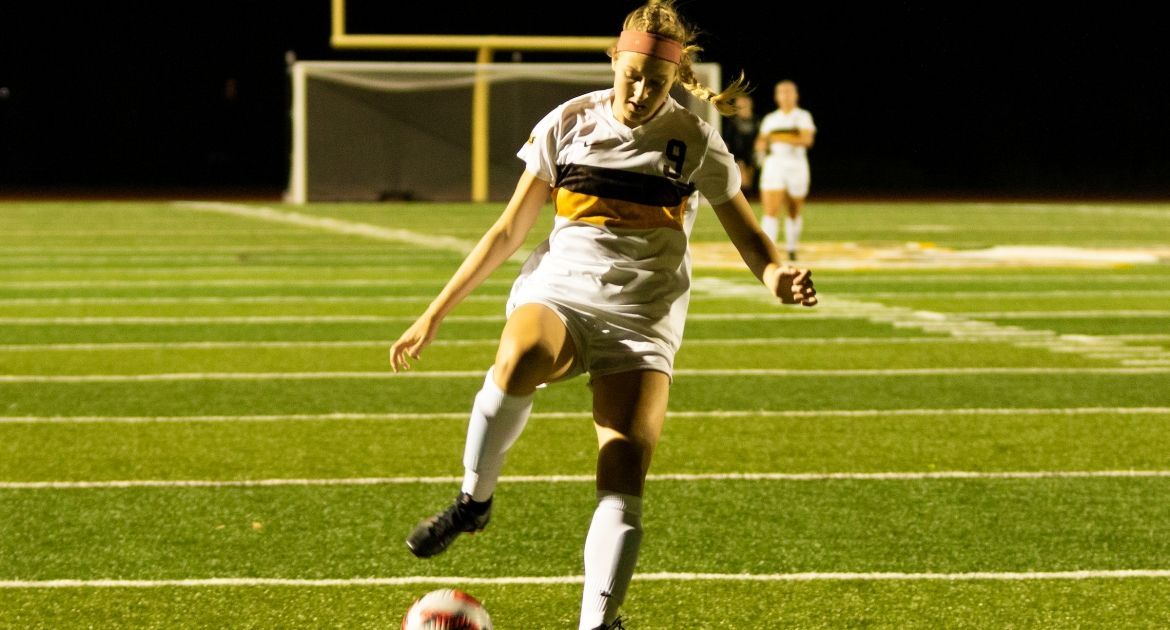 Kelsie James delivered the match-winner off a corner Wednesday.
Valparaiso at Drake | October 13, 2021

The perfect run through the Missouri Valley Conference slate continued Wednesday night for the Valpo soccer team, as a 72nd-minute goal from sophomore Kelsie James (Carmel, Ind./Carmel) directly from a corner kick stood up as the match-winner as the Beacons defeated Drake by a 1-0 final Wednesday in Des Moines. The win — Valpo’s seventh in a row — was the program’s first-ever victory over the Bulldogs and improved the team to 5-0-0 in MVC play.

“I continue to be so proud of this group. To get three points on the road is fantastic, and I’m happy not only with the result, but with how we played and how we built.”

“I felt like how we managed the game tonight was ultimately why we got the result. When we built through the middle of the field, we were able to create opportunities going forward. Then, after we scored the goal, we did a good job shifting our formation and seeing out the game.”

“The ownership our players have taken this season and their willingness to offer suggestions towards our game plan has been awesome to see — on the training ground leading into this game, we had players put in secondary actions on set pieces based off what they saw that we were able to use in the game.”

“As they have all year, everyone who stepped on the field tonight played their part, from the starters to the late subs to help see out the win. It was great to have Peyton and Allie back for extended minutes as they continue to work back from injuries.”

Valpo (9-4-1, 5-0-0 MVC) will host back-to-back matches on Brown Field as it comes down the home stretch of the regular season, starting with a Sunday afternoon match against UNI. The 1pm kickoff can be seen live on ESPN+.