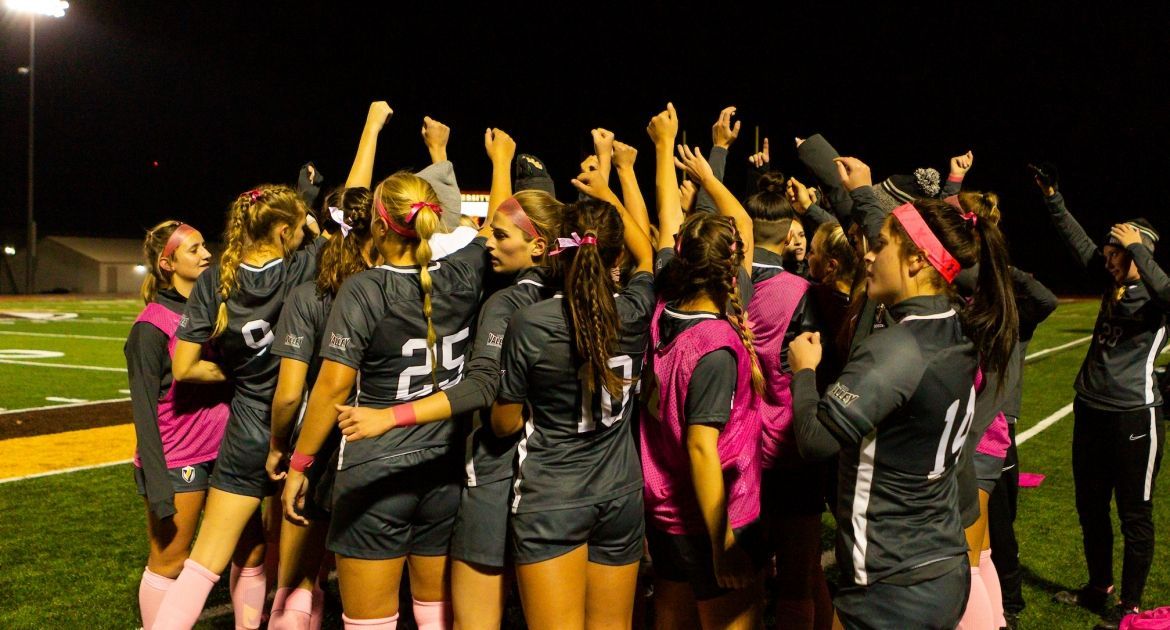 The Valpo soccer team traveled to Chicago Thursday for a showdown with Loyola for the Missouri Valley Conference regular season championship, but the host Ramblers prevailed 5-0 to earn the regular season title. Despite the loss, Valpo earned the number two seed for the upcoming MVC Tournament and has a bye to the tournament semifinals.

“The difficult part of the game is that we conceded the first goal on a corner kick due to a communication issue. We had to chase, we get caught, we give up a second. Both goals could have been preventable, but instead, we were down two.”

“The red card changed the game. It’s an even tougher task to chase a game down two goals and a player. Give credit to our players, they fought through that and really competed. For a good part of the second half, we handled being down a player well. But when we gave away a third goal, then our focus had to change.”

“We have to have a very short memory. We have a lot to learn from our experience today, but also things that we need to continue to do and trust in. We turn our focus to next Friday now.”

Valpo (10-5-2, 6-1-1 MVC) will await its semifinal opponent in the 2021 MVC Tournament, either third-seeded Indiana State or sixth-seeded Evansville. The semifinal matchup will take place at Loyola next Friday, Nov. 5 at 3 p.m. and can be seen live on The Valley on ESPN.