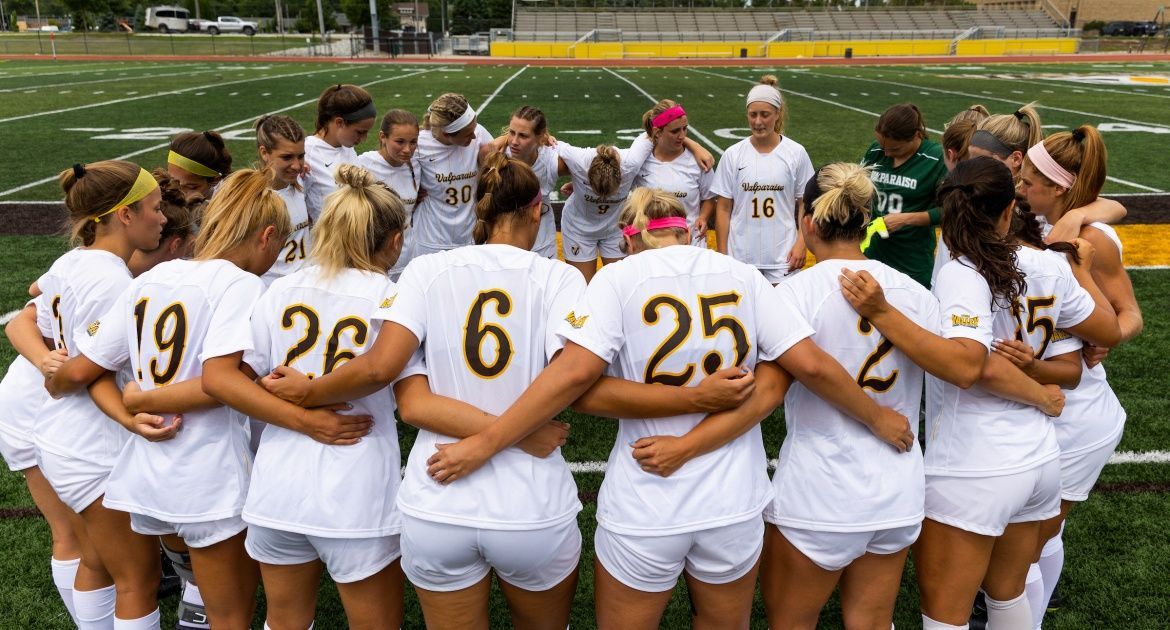 Next Up in Valpo Soccer: The Beacons kick off the 30th season of Valpo soccer this week with a pair of matches. Valpo opens the regular season on Thursday afternoon at Eastern Illinois before coming home to Brown Field for the home opener Sunday afternoon versus Youngstown State.

Previously: Valpo drew both of its exhibition matches, tying Western Michigan (2-2) and Toledo (3-3).

Looking Ahead: The Beacons head west next weekend, playing at Colorado and Northern Colorado. It will be a return to the Centennial State for sophomores Peyton Evans and Lauren Cook, both of whom hail from Colorado.

Head Coach John Marovich: In his 15th season at the helm of the Valpo program, John Marovich holds a 113-105-38 (.516) record both overall and at Valpo as a head coach. The 2014 Horizon League Coach of the Year, Marovich holds Valpo’s all-time records for both victories and winning percentage.

Series Notes: EIU - The Panthers hold a slim 7-6-2 advantage in the all-time series over Valpo. Valpo has not lost to EIU since 2002, however, as it carries a seven-match unbeaten streak (6-0-1) in the series into Thursday’s matchup. The last meeting came on Aug. 19, 2018, a scoreless draw in which Drew Moulton earned the clean sheet in goal.

YSU - Valpo has dominated the all-time series over the Penguins, 11-2-3, but is just 1-2-2 versus YSU in their last five meetings in Valparaiso dating back to 2008. The last matchup came in Valpo’s last season as a Horizon League member: a 1-0 win for the Penguins on Brown Field on Oct. 15, 2016.

Scouting the Opposition: EIU - Coming off of a 4-11-2 record in 2021, the Panthers have been picked to finish in seventh place in the OVC preseason poll. Notably, EIU beat both Murray State and Belmont - both now MVC members - in OVC play last season. Leading scorer Zenaya Barnes (3g, 1a) is back for her senior season, while Faith Davies - who played every minute in goal last year - returns as well.

YSU - The Penguins posted a 2-11-5 record last season and were 2-5-4 in Horizon League action. YSU returns 22 letterwinners from that squad, including seniors Regan LaVigna and Abriana Rondin, who tied for team-high honors with two goals apiece. Brooklyn Kirkpatrick, who posted a 1.02 GAA and an .846 save percentage in eight matches is goal, also is back.

Regionally Ranked: Valpo is looking to start this season the same way it ended the regular season last year - among the ten squads ranked in the United Soccer Coaches Midwest Region ranking. This year’s first regional ranking will come out after the first weekend of competition. Last season, Valpo was ranked in each of the season’s final four weeks, reaching as high as #8.

Always in the XI: Three players started all 18 matches for Valpo a season ago: Kiley Dugan, Nicole Norfolk and Abby White. Entering their fourth season in the Valpo uniform, Dugan and Norfolk have both started all 50 matches since stepping on campus.