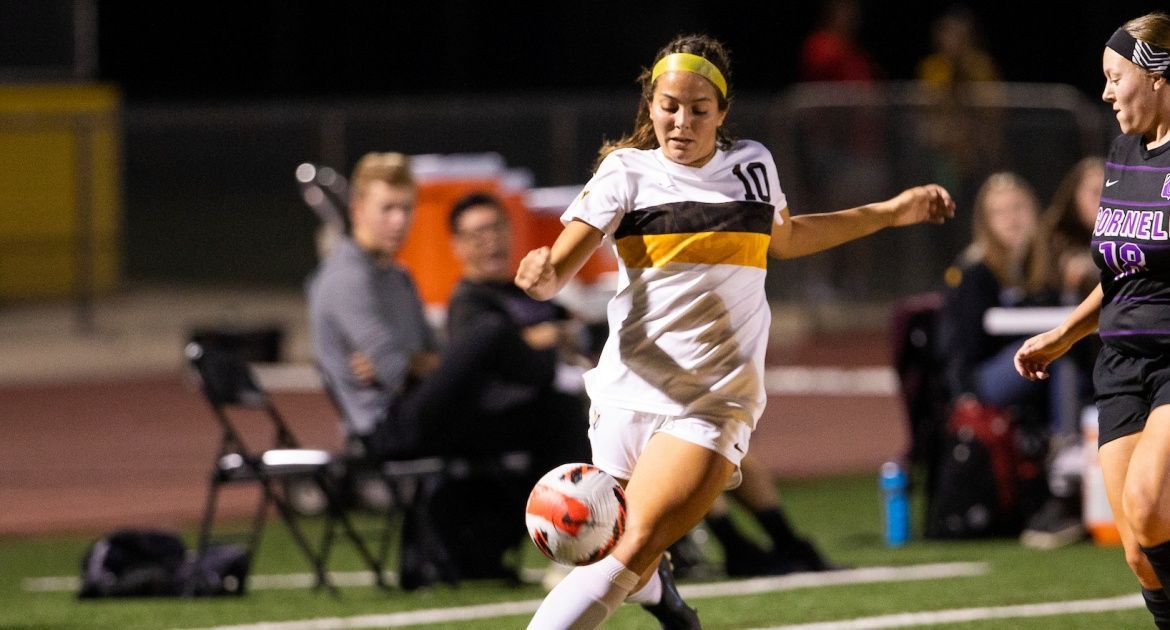 Addy Joiner found the back of the net for Valpo on Friday.
Chicago St. at Valparaiso | September 02, 2022

Despite having much the better of the stat line, the Valpo soccer team was unable to come away with the result Friday evening at Brown Field against Chicago State, as the Cougars took advantage of a penalty kick in the 88th minute for the deciding goal of the 2-1 final score.