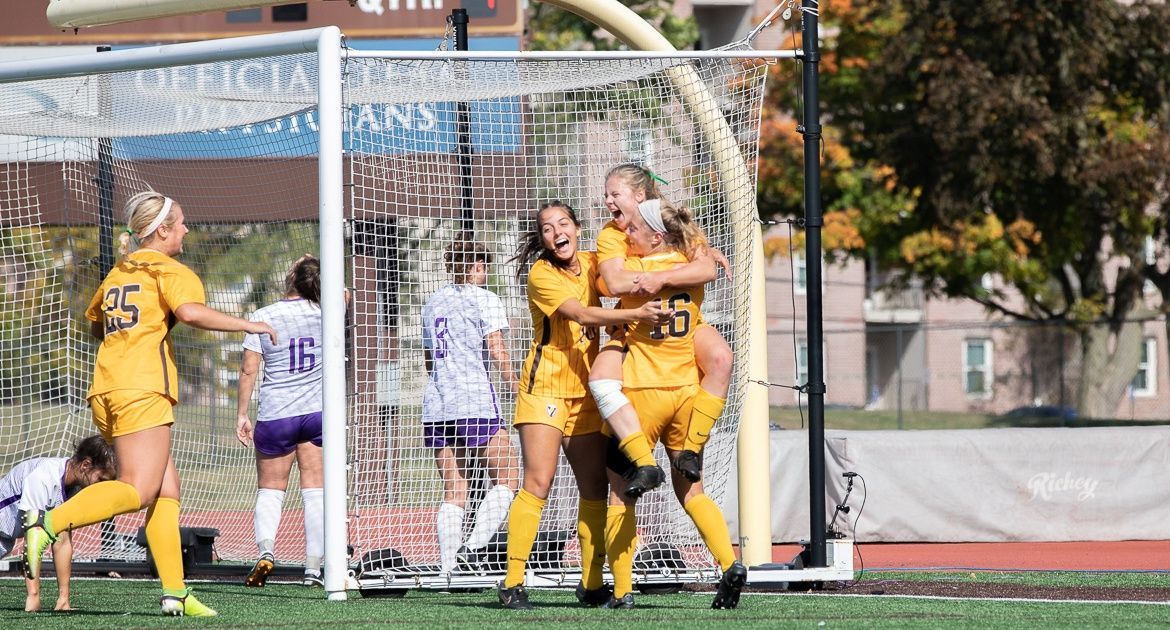 The Valpo soccer team continued its strong run in Missouri Valley Conference play on Sunday, scoring twice in the first half to take control of an eventual 3-0 win over visiting Evansville at Brown Field. The clean sheet — Valpo’s fifth in six MVC fixtures this year — was the 19th in the career of junior goalkeeper Nikki Coryell (Aurora, Ill./Metea Valley), moving her into the top-10 in MVC history in the category.

“I thought that the movement of our front runners, specifically our 9s, was really good today. It allowed us to access mechanisms when we were able to possess in the attacking half that were very effective.”

“I’m really proud of our movement and spacing in each of the thirds of the field today. Our energy level and our work rate were very good across the board, and our players were rewarded for that. It was fantastic to see Nikki make a great save on a PK to keep the shutout as well.”

“In the Valley, every single game is massive and is going to be a challenge. We’ll take 24 hours to enjoy this win before starting preparations for a big trip to Nashville this week.”

Valpo (5-6-3, 4-1-1 MVC) plays its next two fixtures away from home, starting with a Thursday evening match at Belmont. Kickoff from Belmont is slated for 6:30 p.m. and the match can be seen live on ESPN+.