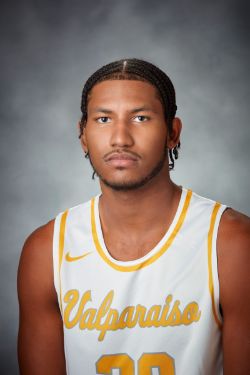 2015-16: Saw action in 12 games in his first season of competition with the Crusaders ... debuted Nov. 18 versus IU Kokomo, playing 11 minutes and finishing with four points and four rebounds ... played 12 minutes the next night against Trinity Christian, posting two points, four rebounds and an assist ... grabbed a rebound Dec. 19 versus Missouri State and Jan. 18 at Youngstown State ... knocked down lone field goal attempt in Jan. 28 win over Cleveland State ... tallied two rebounds and an assist Jan. 30 against Youngstown State.

2014-15: Sat out season due to NCAA transfer regulations ... retained three seasons of eligibility.

2013-14 (UMKC): Appeared in eight games in his freshman season with the Kangaroos.

Prep: Spent one season prior to his collegiate career at St. John's [Wis.] Military Academy, serving as team captain ... a two-year letterwinner for the Patriots ... helped Stevenson to a regional title in 2010 ... played AAU for First Class (2011), helping team to Sweet 16 at nationals, and Indiana Dawgs (2012).

Personal: Chandler is the son of Cliff Levingston and Denice Simon ... Cliff played 11 seasons in the NBA and won a pair of NBA championships in the early 1990's with the Chicago Bulls ... older siblings David and Kelsey both played Division I basketball as well ... major is business.