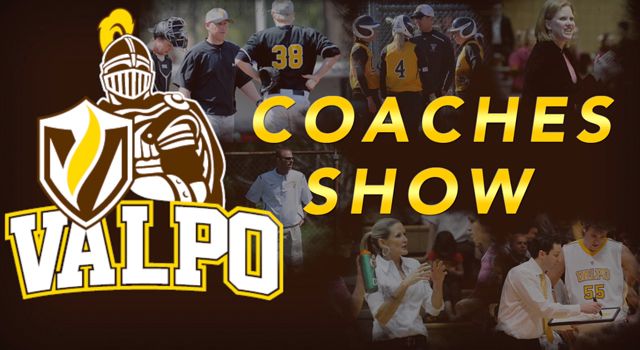 Valparaiso enters the 2014 season coming off of a 2013 campaign in which it claimed the program's second consecutive Horizon League Championship and advanced to the NCAA Tournament for a second straight season. The Crusaders made program history last year as well, winning a game in the NCAA Tournament for the first time as they defeated Central Michigan.

Head coach Jordan Stevens has led the Crusaders to 111 victories through his first three seasons, including the pair of tournament titles, as well as a regular-season championship in 2012. This season, he welcomes back 13 letterwinners, including six starting position players and a pair of starting pitchers, as Valpo looks for another league crown.

This year's Crusader squad boasts six seniors, including a trio who have been fixtures in the lineup throughout their time at Valpo. Senior shortstop Angie Doerffler has started each and every one of her 179 games here at Valpo at shortstop. She enters her final season third in program history in assists, just 54 shy of Valpo's career record of 428 assists. Doerffler is also sixth in team history with 99 runs scored and tied for tenth with 52 walks.

Fifth-year senior infielder Jessie Marinec, who has played at shortstop, second base and first base during her time as a Crusader, also is moving up Valpo's all-time charts in a number of categories. Marinec enters her senior year third in program history in runs scored (118), seventh in hits (162), tied for eighth in home runs (13), tenth in total bases (237) and tenth in assists (293). Meanwhile, senior Amanda Wisniewski, who has played both outfield and infield at Valpo, set the program's single-season walks record with 35 free passes last year and comes into 2014 with 78 career walks, third-most in program history and just 20 shy of the record, and 18 home runs, seventh-most all-time at Valpo.

Weissenhofer, who also was named to the First Team, enjoyed one of the most dominant seasons by a pitcher in Crusader history last year as a freshman. A Second Team All-League and All-Newcomer Team honoree, Weissenhofer went 21-12 with six saves, a 2.43 ERA and 234 strikeouts in 195.2 innings pitched during her rookie campaign. She paced the league and set a new Valpo single-season record for strikeouts, ranking 30th nationally in strikeouts per seven innings. Weissenhofer also led the league in saves, ranked second in wins, third in opponents' batting average and fifth in ERA.

Weissenhofer was joined by fellow sophomores Janelle Bouchard and Kaitlyn Ranieri on the preseason First Team. Bouchard, a Second Team All-League and All-Newcomer Team choice last year, hit .323 with 23 runs scored and 53 RBIs, leading the league in runs batted in with a mark which ranks second in Crusader history. She capped her rookie campaign by being named HL Championship MVP. Meanwhile, Ranieri was also a Second Team All-League choice last year, hitting .314 with 35 runs scored and 16 RBIs as a rookie. She finished second among Horizon League players with 31 walks and 61 hits in 2013 as well. Sierra Pico earned a spot on the preseason Second Team after posting an 11-10 record with 64 strikeouts and a 3.88 ERA last season.

Valpo will take on a pair of teams ranked in the top-13 of the NFCA preseason poll in #8 Oregon and #13 Louisiana. The Crusaders will also face four other squads receiving votes in the preseason poll - Hawai’i, Arizona (the first two teams outside the top-25), BYU and Notre Dame.

The Horizon League schedule is slated to begin Mar. 22-23 at Youngstown State. Valpo will face each of the other seven teams in the league - three at the Valparaiso University Softball Field and four on the road - in a three-game series during the regular season. The Horizon League Championship will be hosted by the regular season champion May 7-10, with the winner earning the league's automatic berth into the NCAA Tournament.