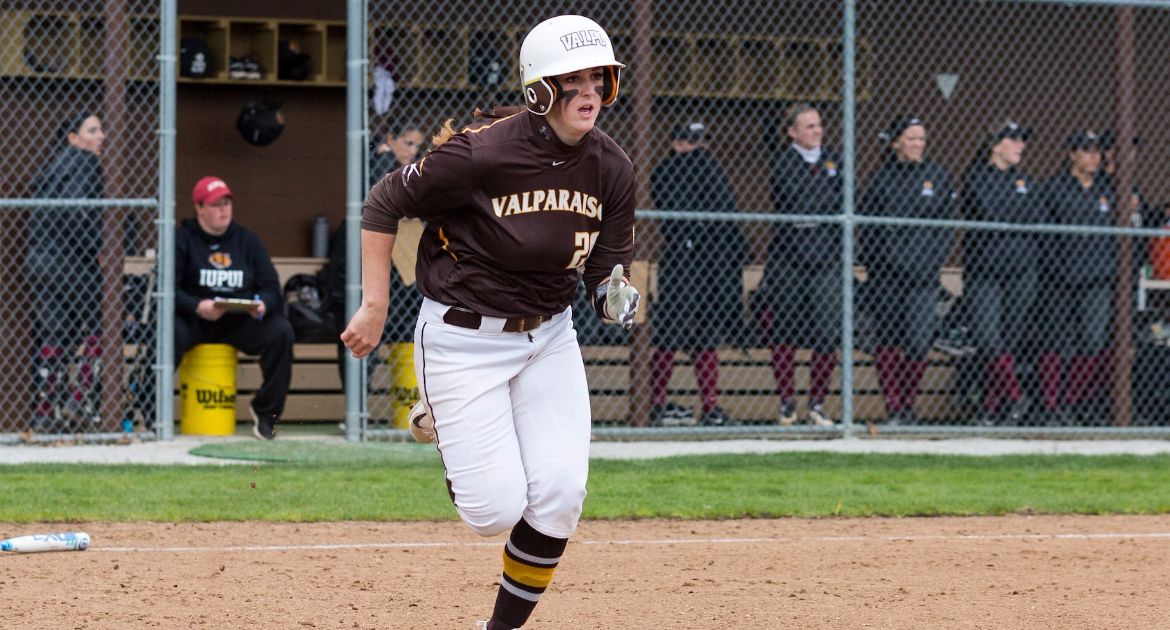 There would be no late-game heroics necessary for the Valparaiso University softball team on Saturday afternoon, as after waiting out a pre-game rain delay, the Crusaders jumped on top of Cleveland State with three first-inning runs and never looked back in an eventual 5-0 victory over the Vikings to complete the series sweep.

“The brief rain delay didn’t affect the team. We are no strangers to weather, and getting to simply sit or dance in the dugout, instead of having to pull the tarp on and off, feels like vacation in those moments. So we listened to music, played some frisbee to warm back up, got back into the right frame of mind, and used the extra 30 minutes to keep us loose and ready to go out of the gate.”

“Kenzie did a good job building her zone early on in each game, and then finding ways to get their hitters to swing at her pitches as the game went on. She never let the count or situation dictate her best pitch and continued to deliver with confidence. She competed.”

“I’m proud of the team for responding to the losses against UIC by turning those results on their head and getting our first league sweep of the season. I think we played good enough ball this weekend to earn the sweep, but I also know we still haven’t shown our best against a league opponent. We took a step in the right direction this weekend, though, and we’ll use our midweek doubleheader to work on a few things to get us ready to play better against Detroit.”

The Crusaders (22-13, 9-6 Horizon) step out of league play briefly next week for a non-league doubleheader versus Central Michigan at the Valpo Softball Complex on Tuesday afternoon. First pitch of game one is slated for 2 p.m., and links for live coverage will be available via ValpoAthletics.com.