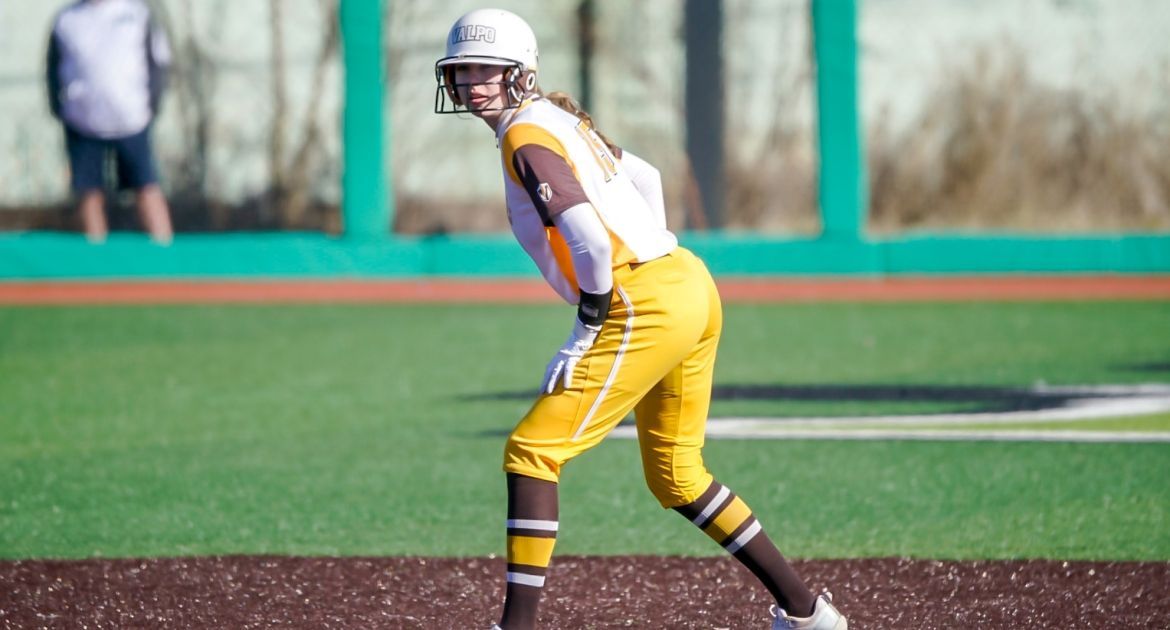 It took two totally different paths to get there, but in the end, the result was the same, as the Valpo softball team earned a pair of one-run victories to close the Thundering Herd Round Robin on Sunday. Valpo bested Saint Francis (Pa.) early Sunday morning, 4-3, and then took down a perennially strong Marshall team with a rally in the tournament finale, 5-4.

How It Happened – Saint Francis (Pa.)

How It Happened – Marshall

“Last night, we installed some adjustments into the offensive side of the game. Credit to our players for jumping in with both feet and buying right into it. I think the changes helped, but I think their buy-in itself helped as well.”

“Marshall beat us soundly yesterday, and they can flat out hit, so going down four runs against them could have deflated us — but it didn’t. The team wrestled the momentum away from Marshall and then hung onto it through the final out. I’m glad we won, of course, but the way we won is why I’m so proud of them today. That’s the team we went to be and expect to be.”

“I told the team the other day that in order to beat Marshall and Saint Francis, at least six of our starting 10 had to play great. We couldn’t have a lot of holes in the lineup or miscues on defense/pitching to beat teams like that. Looking at the box scores, I think we accomplished that today.”

“Easton threw well against Saint Francis from start to finish, but she really showed her mettle in the sixth inning when they got the tying run to third with nobody out to prevent it from scoring. I’m really proud of Easton — she continues to be a steady and competitive presence in the circle for us.”

“I have to give a shout-out to our two student managers, Alex Dixon and Gabi Westphal. They took on a ton of administrative responsibility this week, which allowed the coaching staff to spend more energy on coaching. There is no doubt that the work they put in this week contributed to our success.”

Valpo (4-6) will not play its originally scheduled home opener against Western Illinois on Wednesday afternoon, as that game has been canceled. Valpo will close out pre-conference play at Louisville this coming weekend with one game against the host Cardinals and two versus WKU.