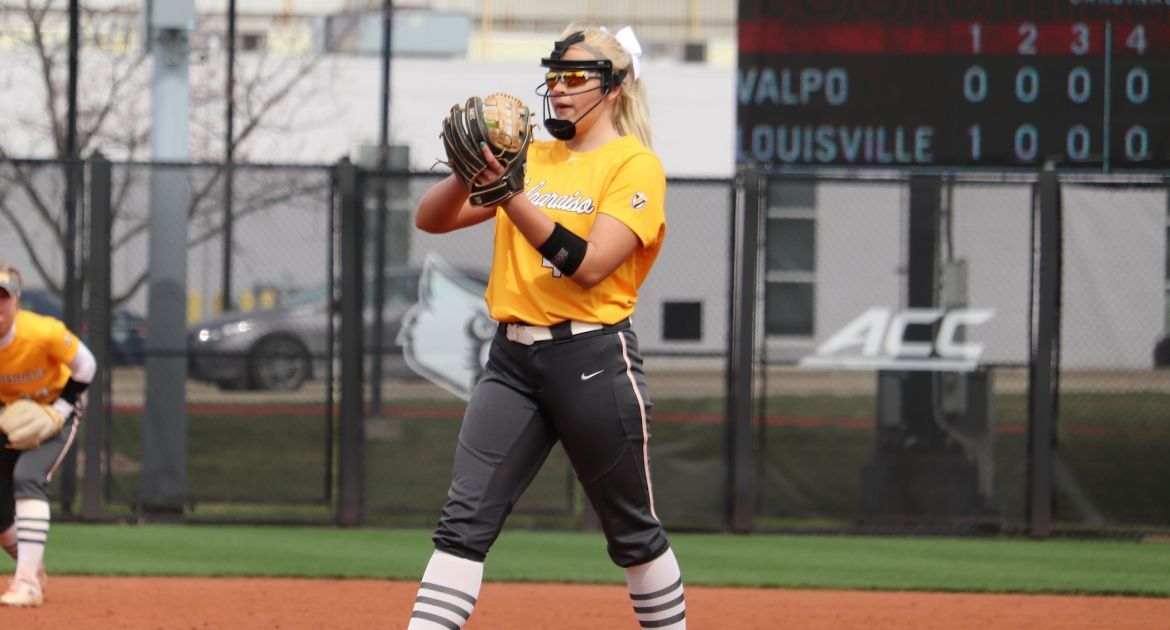 The Valpo softball team got big outs from its pitchers with the bases loaded in the first two innings, and the offense did the rest from there, as the Brown and Gold closed out their opening weekend of MVC play with a 4-0 road win at Bradley on Sunday afternoon.

“It’s hard to throw a shutout against Bradley, or against any of the teams in the Valley in general. I think Easton, Caitlyn, T and our defense worked hard together to keep Bradley off the board today. Their hitters put the ball in the air a lot, and the stadium has a consistent crosswind — our outfielders did a good job sticking with some tricky balls out there.”

“Saturday was hard — we got beat badly that second game. Once Bradley got momentum, we couldn’t stop them. So today, I’m super pleased that our team didn’t come out ‘afraid to lose’, and that even though Bradley loaded the bases twice to start the game, we didn’t get tight. Easton got a big 3-2 strikeout to get us out of the first and Caitlyn came in to close the door in the second. We won this game in the first two innings even though we didn’t score until the third inning.”

Valpo (5-11, 1-2 MVC) briefly steps out of conference play for a mid-week game at Notre Dame Wednesday afternoon at 4:30 p.m. CT. The game is scheduled for broadcast on ACC Network Extra.