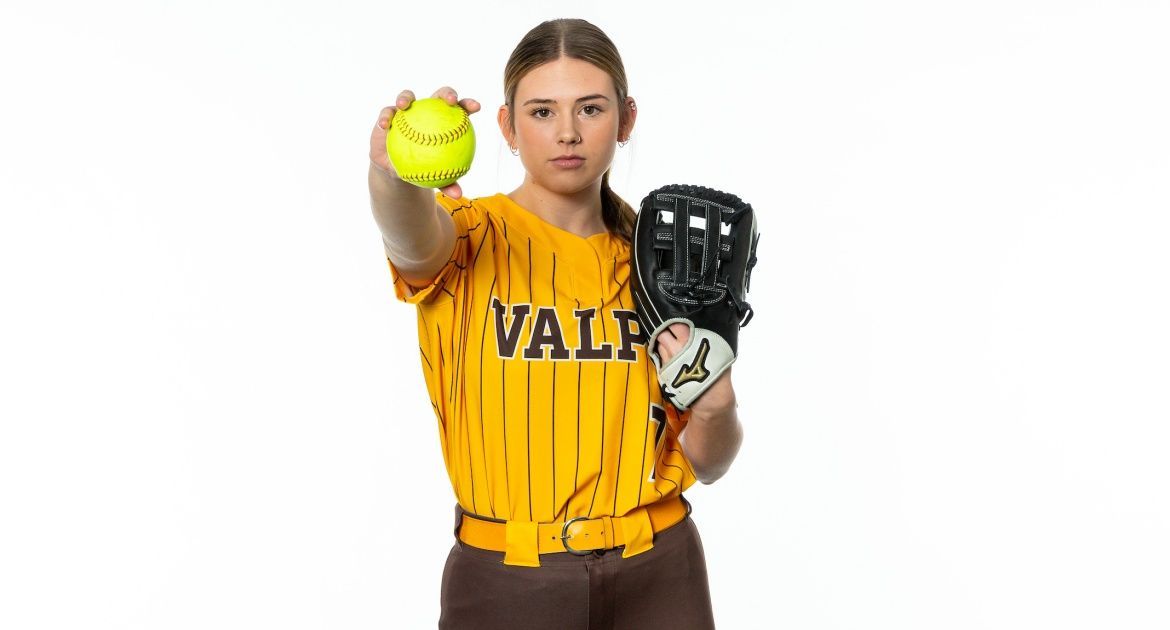 Next Up in Valpo Softball: The Valpo softball team closes out the pre-conference slate this weekend with five games at the Bluegrass Challenge. In an amended tournament schedule due to weather, the Beacons will start off with games against Central Michigan and Louisville at Louisville on Thursday. They will then head to Kentucky, taking on the Wildcats and Eastern Kentucky on Friday before closing the weekend versus Buffalo on Sunday.

Previously: Valpo split four games last weekend at the Hoosier Classic, beating Western Illinois twice and falling to host Indiana twice. Kayla Skapyak led Valpo at the plate, going 5-for-9 over the four games and stealing three bases, while Easton Seib and Madison Wathen both had complete-game victories in the circle.

Looking Ahead: MVC play kicks off next weekend for Valpo with a trip to Indiana State. The three-game series opens with a doubleheader against the Sycamores on Saturday, March 19.

Head Coach Amanda Eberhart: Amanda Eberhart was hired as head coach of the Valpo softball program in July of 2021. She brings seven years of head coaching experience at the Division I level, most recently spending the last three years as the head coach at Omaha and previously leading the IUPUI program for four seasons. Eberhart, who owns 138 career victories as a head coach, also has eight seasons of experience on staffs at Big Ten programs.

The Long and Winding Road: This weekend’s games continue a long and winding road for the Beacons before they finally get the chance to play at the Valpo Softball Complex. This is the last of four weekends of action on the road prior to the start of conference play. Then, Valpo’s first two weekends of MVC play are on the road at Indiana State and at Missouri State, with a non-conference game at Western Michigan thrown in there as well. All told, Valpo’s first 25 games of the year are scheduled away from home, as the home opener comes on April 2 - matching last year for the latest home opener since the 2003 season.

Skap Attack: Sophomore Kayla Skapyak hit a team-best .556 and stole three bases in as many attempts at the Hoosier Classic, picking up at least one hit in all four games. She went 2-for-3 and scored the eventual game-winning run in Valpo’s 2-1 win over Western Illinois to open the tournament. With five steals on the year, Skapyak is currently tied for fourth among MVC players.

Slugging Away: Junior Ryan Milkowski has been the Beacons’ biggest power threat at the plate through three weekends of play this season. Milkowski is hitting .314, with six of her 11 hits going for extra bases. She ranks ninth in the MVC with a .571 slugging percentage and also paces Valpo with nine RBIs on the year.

Wathen With the Win: Sophomore Madison Wathen tossed her second complete game of the season in Valpo’s run-rule win over Western Illinois in her lone start last weekend, giving up just one run on four hits in five innings of work. She is now 3-0 on the season, the only pitcher in the Valley with multiple wins who has not taken a loss so far this season, and ranks fifth in the conference with a 1.97 ERA.

Reeling Off Wins: Valpo won each of its first four games at the Charleston Invitational en route to posting the tournament’s best record, going 4-1 over the course of the weekend. Combined with the tournament-closing win over Western Michigan on opening weekend, the Beacons won five in a row - the program’s longest winning streak since a six-game winning streak late in the 2018 season. Valpo’s first three wins at Charleston were all by a single run, the first time since late 2013 the program has won three in a row, all by one run.

Rally After Rally: Three of Valpo’s four wins at Charleston were of the comeback variety. The Beacons overcame two-run deficits in both their second victory over the hosts and their win over Holy Cross. Most notably, Valpo trailed 5-0 to Lipscomb before rallying for the 7-6 victory - the program’s largest comeback since turning a 5-0 deficit into a 7-5 win over Indiana State in April 2019.

Seib Stands Out: Junior Easton Seib was named the MVC Pitcher of the Week on Feb. 22 after a stellar weekend at Charleston. Seib went a perfect 3-0 in her three appearances, posting a 0.95 ERA and scattering 16 hits over 14.2 innings of work, striking out seven and walking just two. Seib’s weekend was highlighted by her first career shutout in the 1-0 win over Charleston, where she surrendered just four hits and did not allow a runner past second base until two outs in the seventh. Seib, who also earned a pair of wins in relief, became just the second Valpo pitcher to be named MVC Pitcher of the Week since joining the conference.