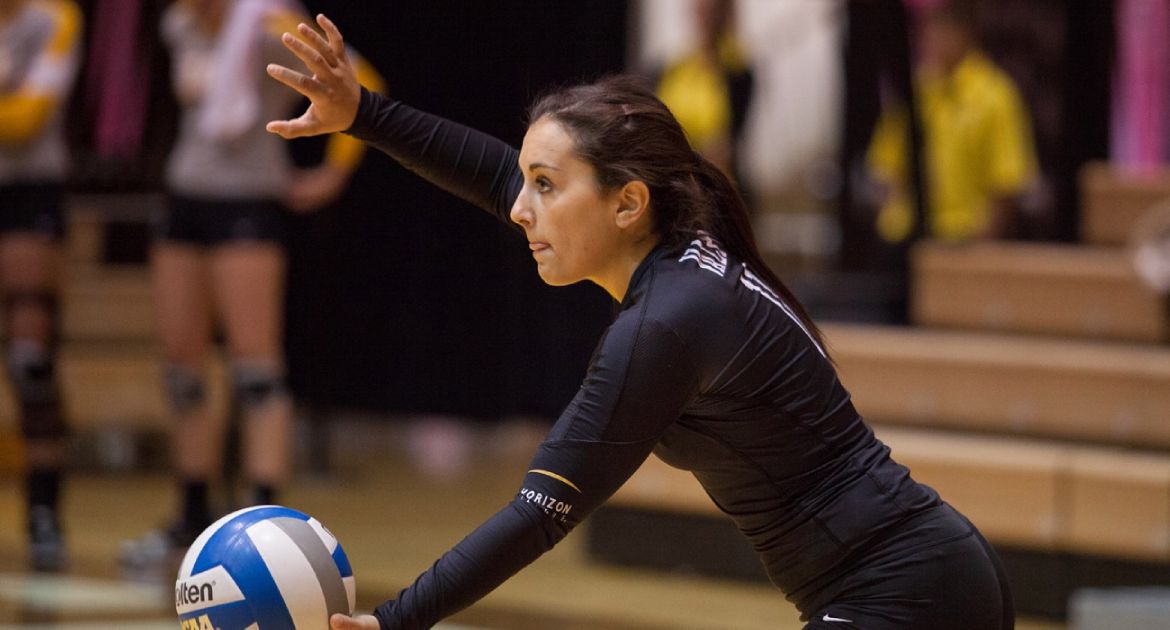 This Week in Crusader Volleyball: With its winning streak at nine matches, the Valparaiso volleyball team looks to keep momentum going this weekend as it returns home to host the Crusader Crossroads of America Classic.  The Crusaders welcome Murray State, Sacramento State and George Washington to the ARC for the two-day, six-match event.

Previously: The Crusaders made it back-to-back in-season tournament titles last weekend, sweeping their way to the Skyhawk Invitational championship with wins over Western Carolina, Drake and UT-Martin.  Emily Campbell was named Tournament MVP, and was joined on the All-Tournament Team by Taylor Graboski and Morganne Longoria.  Valpo then took down Toledo in straight sets in a mid-week matchup on Tuesday.

Head Coach Carin Avery: In her 13th season as head coach at Valparaiso, Carin Avery has won 296 matches and has led Valpo to three league regular season and tournament titles, as well as three NCAA Tournament appearances. A two-time league Coach of the Year, Avery has coached 40 All-League recipients over her tenure as Crusader head coach. She is Valpo’s all-time leader in both victories and winning percentage, and owns 351 career victories overall as a head coach.

Series Notes: Valpo is 2-0 all-time against Murray State, sweeping the Racers in early-season action in 2009 and 2011.  This weekend will mark the Crusaders’ first matchup in program history against both Sacramento State and George Washington.

Scouting the Opposition: Murray State – The Racers enter this weekend as one of just 15 teams in the nation with an undefeated record, posting nine straight wins to open the season.  Murray State, which has dropped just four sets this year, hits .295 as a team, led by a .415 clip with 2.23 kills/set from middle Alyssa Lelm.  Taylor Olden paces the Racers with 3.46 kills/set, while libero Ellie Lorenz averages 4.50 digs/set.

Sacramento State – The Hornets enter tournament play at 4-8 on the season, most recently dropping a five-set decision to UC Davis in mid-week play.  Sloan Lovett leads the team with 2.88 kills/set, while Madeline Cannon averages 2.20 kills/set on .305 hitting as well as 0.89 blocks/set.

George Washington – The Colonials come into the ARC boasting a 7-3 record on the year following a mid-week sweep of Georgetown.  Kelsey Newman leads the GW offense with 4.23 kills/set, and is backed up by Chidima Osuchukwu, who posts 3.30 kills/set on .311 hitting and leads the Colonials with 1.39 blocks/set.

Another Week, Another Title: With the victory at the Skyhawk Invitational last weekend, the Crusaders made it back-to-back tournament titles, continuing a tradition of picking up hardware early in the season.  The in-season tournament title at UT-Martin was Valpo’s 19th such triumph in the 13-year tenure of head coach Carin Avery.  The Crusaders have now brought home at least one in-season championship in 10 of the last 13 years, and have captured multiple titles in seven of those seasons.

Just Win, Baby, Win: The win over Toledo in mid-week action was the ninth straight victory for the Crusaders, continuing their tremendous start to the season.  It is the sixth string of at least nine straight victories under Avery for the Crusaders, and is the second in the last 27 matches dating back to last season.  The win also pushed Valpo's record to 10-1 on the season, one of just four times in program history the team has won 10 matches before losing its second of the year and just one win shy of matching the record for most wins before a second loss.

Sweeping All Comers: Of note is the way the Crusaders have won the last five matches in their winning streak, as they have not dropped a set since a 3-1 win over Stephen F. Austin back on Sept. 5.  The five straight sweeps ties a program record for most consecutive 3-0 victories, last accomplished in October of 2004.  Over that stretch, Valpo has not been taken to extra points once and has only surrendered 20 or more points five times in the 15 sets.

Home Tournament Success: This season is the seventh time since Avery’s arrival that Valpo has hosted an early-season tournament, previously doing so in 2002, 2003, 2005, 2007, 2011 and 2013.  In last year’s Popcorn Classic, the Crusaders won all four matches – capping the weekend with a win over Iowa – to claim the tournament crown.  Valpo has won its own tournament on four occasions under Avery.

Campbell Brings In Honors: Sophomore Emily Campbell continued the stellar start to her second season last weekend at UT-Martin, as she was named Tournament MVP of the Skyhawk Invitational and later received the nod for Horizon League Offensive Player of the Week.  Campbell averaged a team-best 4.44 kills/set on .323 hitting in the Crusaders’ trio of sweeps at UT-Martin, and also enjoyed her most productive weekend of the season defensively, posting 4.33 digs/set.  It was the first tournament MVP honor of the sophomore’s career and her third All-Tournament Team nod, while the weekly award from the league office was also her first such career accolade.

Berrington Approaches 2K: Setter Kelsey Berrington should crack the 2,000 assist mark for her career this weekend, as she enters the weekend just 50 helpers shy of the milestone.  After spending her first two seasons splitting time at setter, Berrington has set all the way around the vast majority of the season and is averaging 10.37 assists/set.  She has registered at least 20 assists in every match and has surpassed 40 assists four times, including a career-high 56 in the win over Stephen F. Austin.  Berrington will become just the ninth player in program history to reach 2,000 assists for her career.