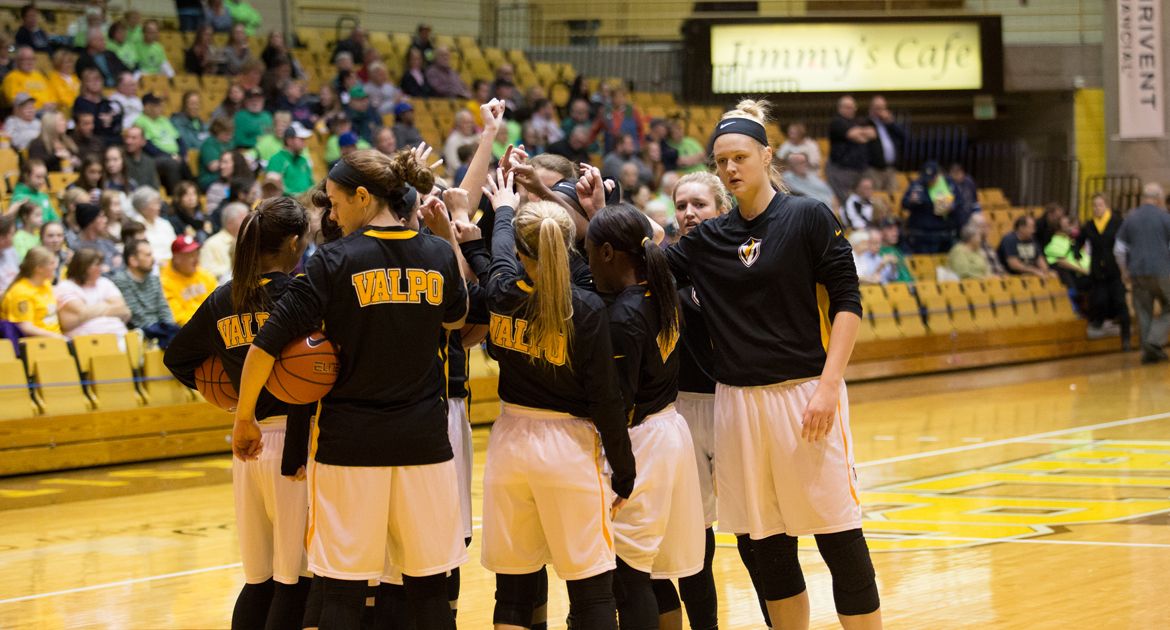 NKU intercepted a bevy of Crusader entry passes, helping itself to eight steals in the first half. Valpo experienced a statistical correction from the perimeter. The Brown and Gold entered the locker room at halftime of Thursday's game with a 10-for-13 mark from downtown. By that time Friday, they had landed just two of their ten attempts.

Franklin, who supplied Valpo with its first three points of the affair, led the team with seven points at the intermission. Haylee Thompson (Hailey, Idaho/Wood River [Utah State]) pitched in five points and three boards. Northern Kentucky led 40-19 after one half, and the Crusader bench was responsible for 15 of those points. The Norse recorded 14 points off 11 Valpo turnovers.

Despite facing a wide margin, Valpo was energized throughout the entire second half. Walker scored eight of her 11 points in the third quarter as the Crusaders racked up 21 points. Unfortunately for the Brown and Gold, Northern Kentucky continued to shoot at a breakneck pace. The Norse logged 14 points in the paint in the third stanza. Freshman Meredith Hamlet (McBain, Mich./McBain) broke into the scoring column just ahead of the buzzer, nailing a three from the left wing.

Sophomore Georgi Donchetz (Savage, Minn./Burnsville) was a bright spot in a bitter-sweet fourth quarter. She sank a three and converted on a pair of free-throw attempts to finish with five points. With two minutes remaining and the game already decided, Abby Dean (Carmel, Ind./Carmel) and Lexi Miller (Caledonia, Mich./Caledonia) were removed so the Crusader fans in attendance could give the two seniors a standing ovation.

Walker continued her growth in the post. She notched 249 rebounds this season, moving her up to 499 over her first two years. Her next carom will move her into a tie for 17th place on Valpo's all-time career rebounding list. The sophomore projects to shatter Tamra Braun's lifetime mark of 870, the school record, set back in 2007. Franklin finished the first half of her career with 677 points. If she maintains her current rate, she'll finish with 1,354 points, which would equal the fourth-most ever scored by a Crusader.