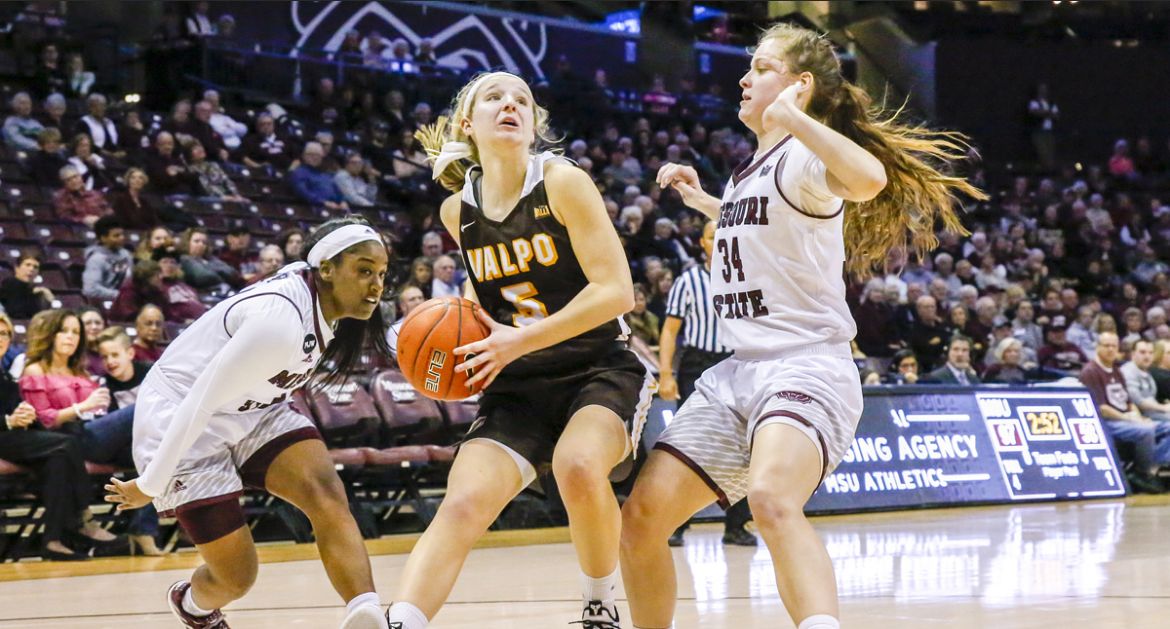 The Valparaiso University women’s basketball team ran into a hot Missouri State team that extended its winning streak to 10 games with a 108-63 victory on Sunday afternoon at JQH Arena in Springfield. Valpo was led in scoring by freshman Shay Frederick (Greenville, Wis. / Hortonville), who knocked down four 3s and finished with a game-high 17 points.

“Missouri State came out and they were on fire. We were never able to catch up. We ran good offense over the course of the game. We did not make shots in the first part of the first half, but they were good shots that just weren’t going in. Defensively, we didn’t have an answer to anything. Missouri State has an ability to score in a variety of ways. Our kids fought through some adversity, but it just wasn’t our day.”

“Shay’s demeanor and the way she plays basketball brings a real poise and confidence to our team. I appreciate her ability to come off the bench and be that calming factor. For a freshman that is very rare. I’m excited about having that kid for another three years.”

“As a team, we’re learning how to create space for Addison because she can drive the basketball, and she’s shown she can do that against anybody in this league. It’s about us getting better as a group of five and creating space for her. We made adjustments at halftime and did that well in the second half. She did a nice job in the second half of being more aggressive and our players created more opportunities for her.”

“We’ve got to get back home and regroup. We need to do a better job on defense, and that’s going to be our focus this week in practice.”

After playing five of its first seven Missouri Valley Conference games away from Northwest Indiana, Valpo will begin a stretch of four straight home games on Friday. The tip time is set for 7 p.m. as Bradley enters the Athletics-Recreation Center. The game will be broadcast on ESPN+ with links to live video, audio and stats available.