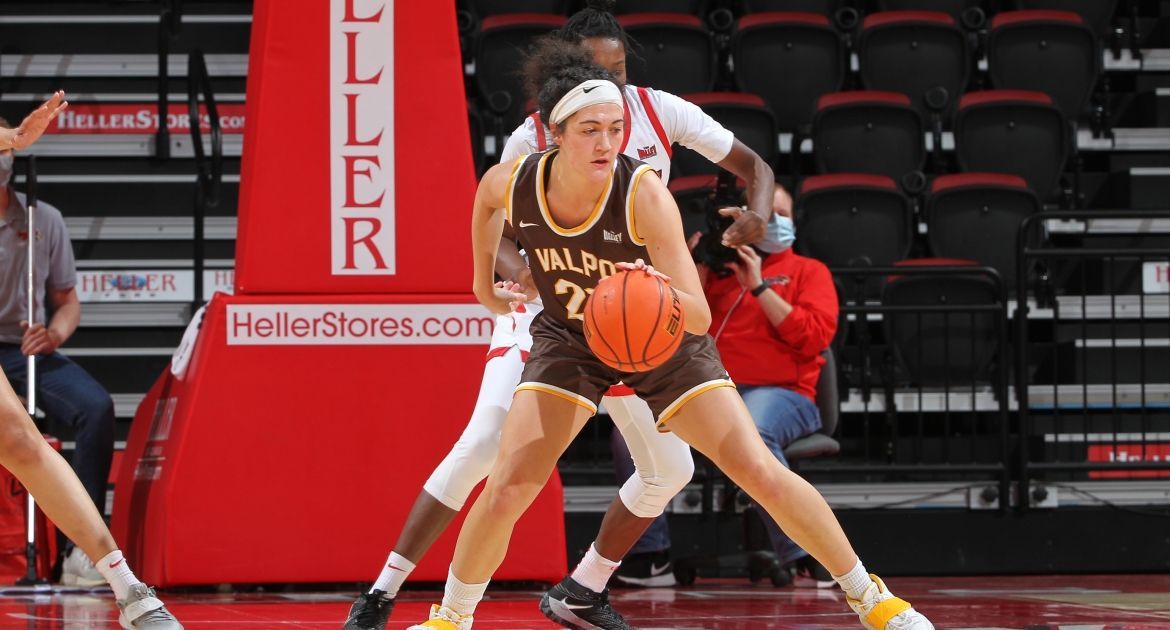 Another weekend, another first for the Valpo women’s basketball team, as the Beacons built up a 14-point lead and held off a Bradley rally down the stretch — thanks in large part to two key 3-pointers late from Caitlin Morrison (Glenview, Ill./Glenbrook South) — to earn a 68-61 victory Saturday afternoon. The victory was the first in program history on the road over the Braves.