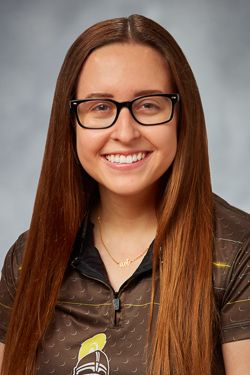 Prep: A four-year letterwinner for the Mustangs ... finished fifth at IHSA regionals as a senior ... placed ninth at regionals as a junior ... advanced to state tournament both years ... named an Illinois State Scholar in 2017.

Personal: Daughter of Robert and Lisa Mickolayck ... major is nursing.