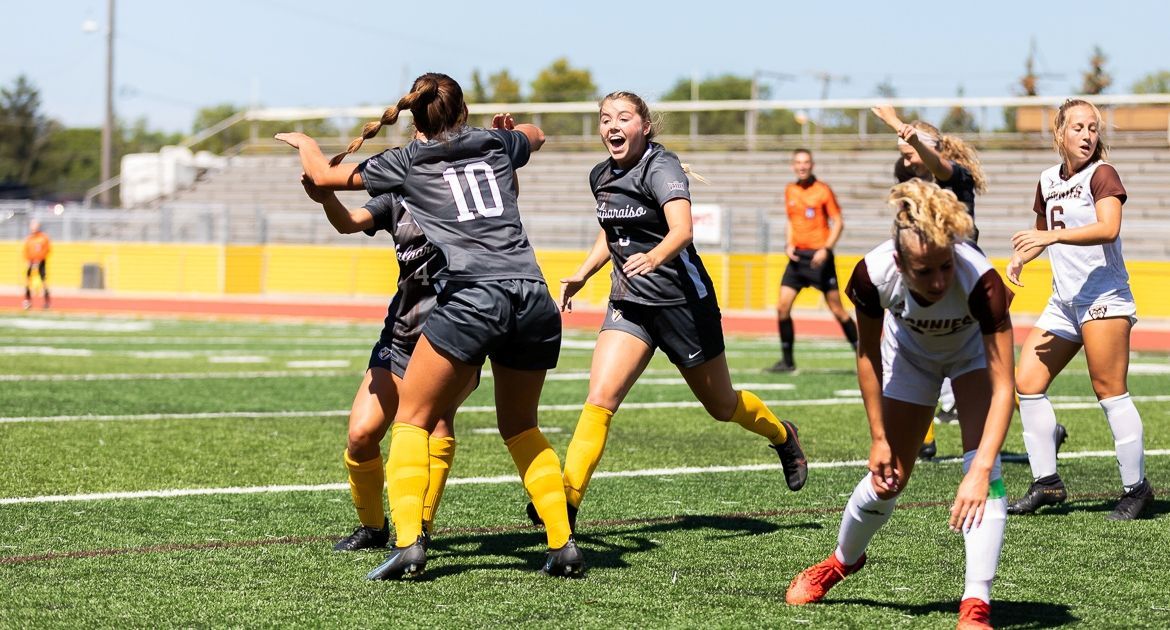 The Valpo soccer team put together a dominant overall team performance Sunday afternoon at Brown Field, rolling to a 3-0 victory over visiting St. Bonaventure. Freshman Addy Joiner (Chesterton, Ind./Chesterton) made her first collegiate goal the match-winning tally as she found the back of the net in the 13th minute.

“I’m really pleased with how our team rebounded today. I think today shows what we were thinking Friday as well, that we want to put forth performances which show we’re progressing as a team. The difference maybe today is that we got that early goal — I’m super happy for Addy: a local kid, gets her first collegiate goal in her first start.”

“Overall, we were fantastic in possession and how we wanted to progress the ball. That created the sense of being on front foot, as we possessed a lot in our attacking half.”

“So many compliments could be paid across the entire team today. We had a hard game Friday, and to be able to start a different lineup today and maintain our performance shows the depth of our team. We rotate in five players to the lineup and that group impressed immediately with a great stretch of play, and then we bring Lindsey and Kelsie off the bench for our attack and they make their impact there. It shows me that the culture and environment of the team is in a good place and that everybody is about doing what's best for the team.”

Valpo (2-3-1) concludes a three-match homestand at Brown Field Friday evening against Western Illinois. The match against the Leathernecks will be broadcast live on The Valley on ESPN with a 7:30 p.m. kickoff.