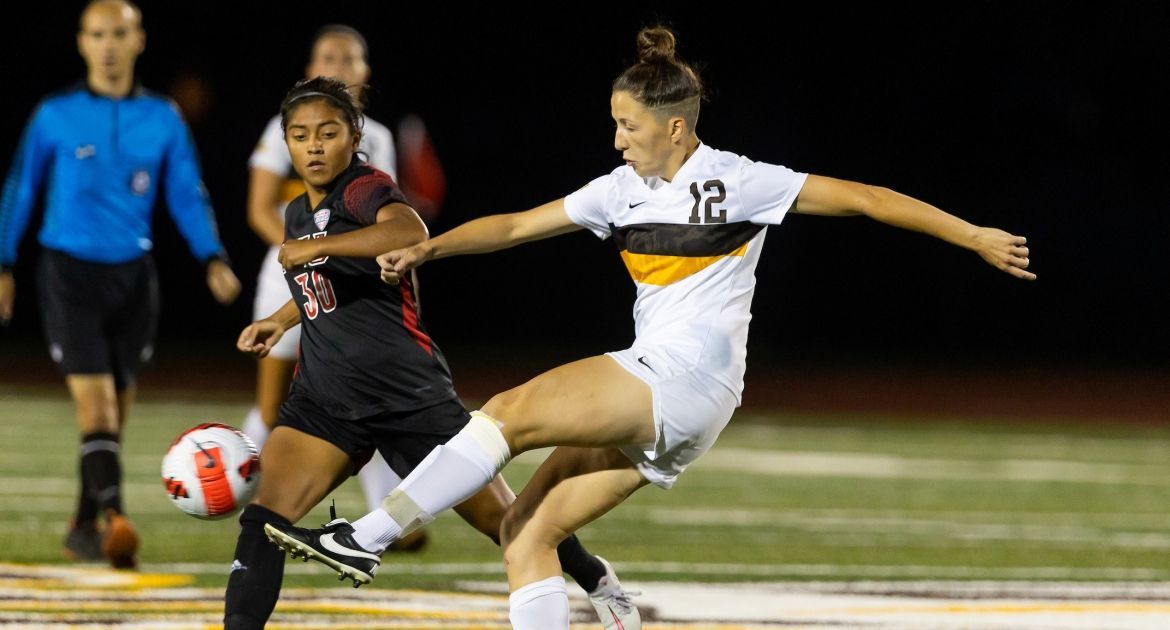 Cierra Welch was one of three Valpo players to score their first career goal Friday.
Valparaiso at Chicago St. | September 12, 2021

The Valpo soccer team closed out pre-conference action in style Sunday evening at the SeatGeek Stadium Turf Field in Bridgeview, Ill., putting together a dominant all-around performance in a 3-0 win over host Chicago State.

“I’m pleased with the performance of the team today. I’m super excited for Cass, Dana and Cierra to all score their first collegiate goal — I think it really shows the depth of our team and the number of scoring options we have.”

“I thought from the last part of the first half on, we really executed our game model very well. The group’s commitment to how we wanted to play never wavered, and it showed in the fact that we both had a lot of opportunities and only allowed a few shots.”

“We did a nice job getting through the game today and got the chance to get a lot of players some time on the park. I think we’ve done everything we’ve can to prepare for the conference season, and we look forward to that beginning Friday night.”

Valpo (3-4-1) opens MVC play Friday evening at Brown Field as the Beacons host Illinois State. Kickoff is slated for 7:30 p.m., and the match can be seen live on The Valley on ESPN.