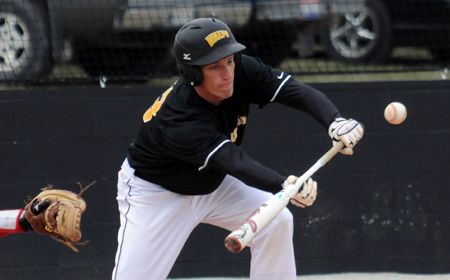 Vavra has put up stellar numbers for the Alexandria Beetles of the prestigious Northwoods League. The middle infielder is currently fourth in the league in hitting with a .370 batting average tallying seven doubles, two home runs, and driving in 23 runs.

Kennedy has thrown extremely well for the Kenosha Kings of the Wisconsin State Baseball League. The junior left-hander has posted 14 strikeouts and a 0.57 ERA in 15.2 innings of work.

Manning is currently playing for the Dayton Docs of the Great Lakes Summer Collegiate League. The rising junior joined the team late but leads the team in batting average at .333 and .443 on-base percentage. In just 17 games and 66 at-bats Manning has five doubles, three triples, a home run, and eight stolen bases.

Morman plays for the Crystal Lake Cardinals of the Metropolitan Collegiate Baseball League. The returning outfielder has been swinging a hot bat as he currently possesses a .446 batting average, .545 on-base percentage, .685 slugging percentage, 11 doubles, three home runs, 16 walks, and 26 RBIs. He has only struck out four times in 92 at-bats.

Burns plays middle infield for the Lexington Snipes of the Chicago Suburban Baseball League (CSBL). The redshirt junior has had an outstanding summer as he currently possesses a .350 batting average with a .437 on-base percentage, five doubles, two triples, two home runs, and five stolen bases.

Weddington has had a break-out summer posting a .430 batting average with four doubles, two triples, and two home runs while playing in the Metropolitan Collegiate Baseball League for the Wheaton White Sox.

In other highlights from Valpo players in summer leagues around the country, John Loeffler (Burnsville, Minn./Burnsville Sr. H.S.) is playing in the Midwest Collegiate League for the first place Northwest Indiana Oilmen and leads his team in hitting with a .368 batting average. The returning senior first baseman has nine doubles, 14 walks, and 17 RBIs in only 76 at-bats.

Karch Kowalczyk (Peru, Ill./La Salle-Peru H.S.) is pitching for the Dodge City A’s of the Jayhawk League. The redshirt junior has returned from Tommy John surgery and is currently closing for the first place A’s. He has posted a 1-0 record and two saves, recording six strikeouts and a 1.35 ERA in 7.2 innings of work.