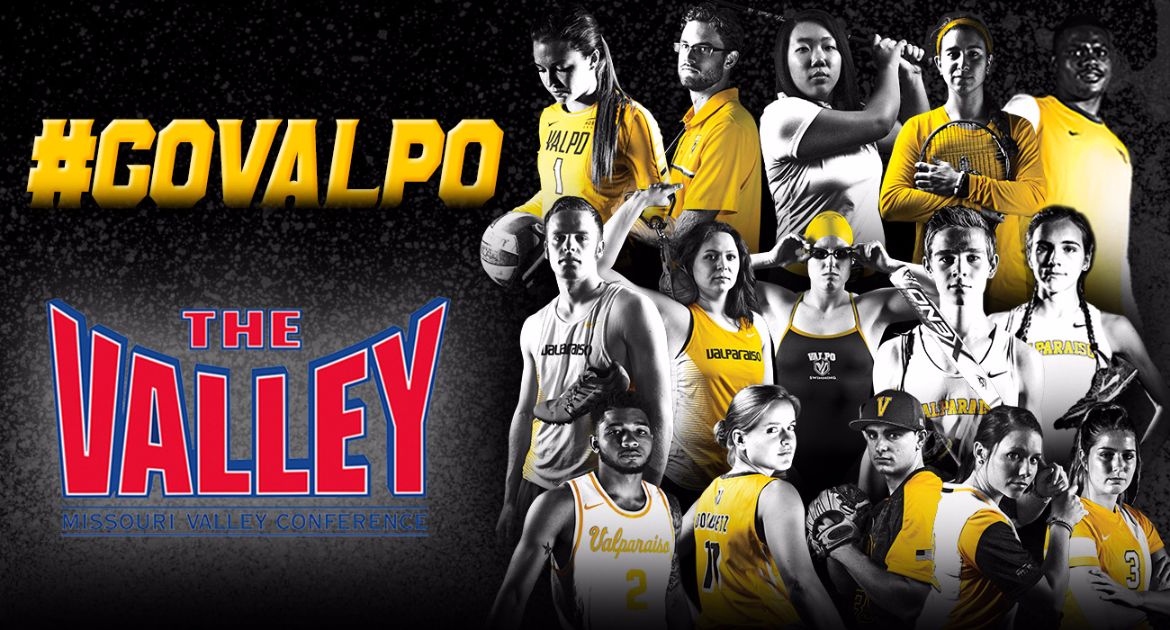 May 25, 2017 – Valparaiso, Ind. – Valparaiso University president Mark A. Heckler, Ph.D., announced today that the University has accepted an invitation to join the Missouri Valley Conference on July 1, 2017. The Crusaders will begin competing for MVC championships in the 2017–2018 academic year.

“We are thrilled to join the Missouri Valley Conference,” said Mark A. Heckler, Ph.D., president. “This is an important step forward for all of our athletics programs and an opportunity to advance the national standing of Valparaiso University. The Valley is one of the nation’s most historic athletic conferences, and we look forward to actively engaging with its outstanding member institutions and Valley leadership to strengthen both the conference and Valpo Athletics.”

Valpo brings a strong tradition across its athletic programs to the Missouri Valley Conference, most notably its success in men’s basketball. The Crusaders have captured 14 league regular season titles over the last 23 years and have made nine trips to the NCAA Tournament. Over the last three seasons, Valpo has won 82 games — a total that ranks among the top-15 nationally. The program has enjoyed the two winningest seasons in program history in the last three years and has appeared in the postseason all three years, including a run to the NIT championship game at Madison Square Garden in 2015–2016.

Valpo's recent athletic success goes well beyond the basketball court, however. Since the start of the 2011–2012 season, the Crusaders have made 11 NCAA Tournament appearances — three in softball; two each in baseball, men’s basketball, and men’s tennis; and one apiece in women’s soccer and men’s golf — and have claimed 11 regular season league championships — five in men’s basketball; two in men’s tennis; and one each in baseball, softball, men’s soccer, and women’s soccer.

“We are truly excited to welcome Valparaiso to our family,” said Commissioner Doug Elgin. “Valpo has a great tradition in athletics and a strong academic profile; they’ll be a great fit in all of the sports the Missouri Valley Conference offers.”

Founded in 1907, the Missouri Valley Conference is the nation’s second-oldest NCAA Division I athletics conference, second only to the Big Ten Conference. A conference renowned for its stability, Valparaiso University is just the second new full-fledged member to join the MVC in the last two decades.

“We are excited for the opportunity to become members of the Missouri Valley Conference,” said Mark LaBarbera, director of athletics. “The Valley is renowned for the success of its schools and their student-athletes across all sports. During each chapter of Valpo Athletics’ more than 100-year history — from our days in the Indiana Collegiate Conference, to the Mid-Continent Conference, and to the Horizon League — we have enjoyed quality competition and our teams have growing success. We are excited about this next chapter, renewing historic rivalries, creating new rivalries and continuing the forward momentum of Valpo Athletics.”

Valpo makes the move to the Missouri Valley Conference after spending the last decade as a member of the Horizon League. Valpo joined the Horizon League prior to the 2007–2008 academic year following a 25-year run as members of the Mid-Continent Conference, dating back to the conference’s inception in the 1982–1983 season.

“Valpo Athletics has a strong tradition of competition with many talented student athletes throughout the Midwest, most recently within the Horizon League,” Heckler said. “We are grateful for a decade of competition and collegiality and wish them continued success.”