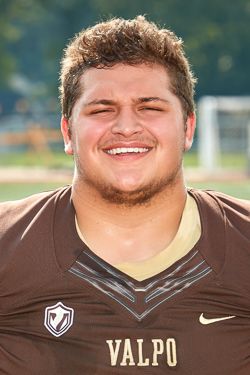 2018: Appeared in three games as part of Valpo’s defensive line… Made his collegiate debut on Sept. 8 at Duquesne and garnered his first career tackle… Also saw action on Sept. 15 at Youngstown State and Sept. 22 vs. Truman State, making his second career tackle in the Sept. 22 game against the Bulldogs.