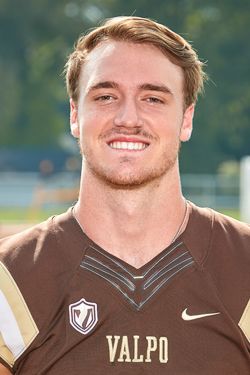 Prep: Four-year letter winner as a wide receiver… Was a first team all-league wide receiver and earned all-city honors… Produced 662 receiving yards as a junior, averaging 22 yards per catch, while hauling in 11 touchdowns… Set the school record for receiving TDs in a game with four… Racked up 44 tackles and had two interceptions as a junior… Missed his senior season with a calf injury… Won two varsity letters in track and field and set the school record in the long jump… Two-year letter winner in baseball.

Personal: Son of Kevin and Jeanne McNerney… Has one brother, Michael… Majoring in business… Born on Feb. 8, 2000.