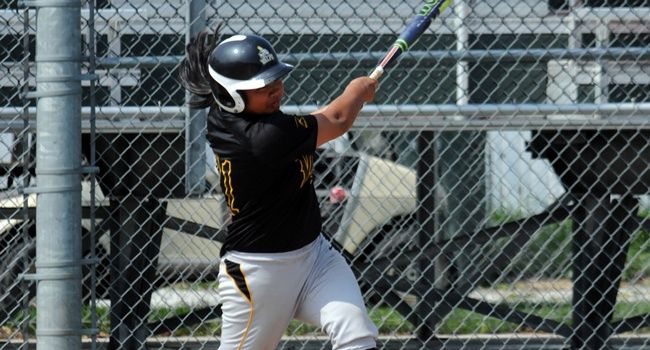 The Valparaiso softball team closed out action at the Buccaneer Classic in Charleston, S.C. on a high note Sunday afternoon, overcoming a three-run deficit to defeat host Charleston Southern, 6-5, in the tournament finale.

"We showed good fight today, coming back from a rough first inning," said Crusader head coach Jordan Stevens. "Taylor was very good in limiting Charleston Southern's opportunities, giving us a chance to come back. We were able to take advantage of what they gave us and it was a good way to end the tournament."

Valpo claimed an early lead in the top of the first with a two-out rally. With two outs and nobody on, fifth-year senior Joylyn Ichiyama (Torrance, Calif./Redondo Union) started things with a two-strike double down the line. Sophomore Brittany Duncan (Fairborn, Ohio/Fairborn) followed with a four-pitch walk, setting the stage for freshman Janelle Bouchard (Kennebunk, Maine/Kennebunk). Bouchard swung first pitch, knocking a base hit into center field to give the Crusaders a quick 1-0 lead.

Charleston Southern responded with a four-spot in its half of the first, however. A leadoff error and a one-out walk led to a three-run homer from the Buccaneers' Marci Christian to put CSU ahead, 3-1. Jana Matthews then made it back-to-back homers with a solo shot as the Buccaneers went ahead by three runs after one frame.

The Crusaders made a pitching change in the circle after the first inning, bringing in freshman Taylor Weissenhofer (Homer Glen, Ill./Lockport Township), and the rookie gave Valpo a chance for the comeback with a stellar performance. Weissenhofer closed the game with six no-hit innings, striking out four batters.

Valpo would slice a run off its three-run deficit in the top of the fourth, again starting with nobody on and two out. Sophomore Tarah McShane (Streamwood, Ill./St. Edward Central Catholic) smacked a full-count pinch-hit double to give the Crusaders a runner in scoring position. Redshirt junior Jessie Marinec (Alsip, Ill./Marist) followed with an infield single, which the Buccaneers compounded with a throwing error which allowed McShane to come all the way around and cross home plate to bring Valpo within 4-2.

The Crusaders then registered a four-spot of their own in the top of the sixth to claim the lead in a somewhat bizarre fashion. Duncan led off the frame with a four-pitch walk, and Bouchard picked up her second first-pitch base knock of the day. A fielder's choice loaded the bases with nobody out, and McShane followed with a sacrifice fly, plating pinch-runner Hayley Bridwell (Lemont, Ill./Lemont) to make it a 4-3 game.

Marinec then stepped up and made contact with the first pitch, sending a soft grounder towards the circle which was deflected by the CSU pitcher towards their second baseman. The second baseman threw home in an attempt to cut down Bouchard, but the throw was off line, allowing the freshman to score the tying run. Marinec then attempted to get in a rundown to allow Amanda Wisniewski (Skokie, Ill./Huntley) to score from third, but the catcher's throw towards second base was high, and the center fielder misplayed the errant toss as well, as Marinec tallied the proverbial "Little League home run", coming all the way around to score along with Wisniewski as Valpo led 6-4.

Charleston Southern drew back-to-back walks to lead off the bottom of the sixth, but after a sacrifice bunt, Weissenhofer picked up a strikeout and then induced a fly ball to keep the lead at two runs. The Buccaneers did score an unearned run on a sacrifice fly in the bottom of the seventh to cut Valpo's lead to one, but would not get another baserunner, as the Crusaders closed the tournament with three wins in four games.

Weissenhofer picked up the win in relief for Valpo, her third win of the weekend for the Crusaders as she improved to 4-2 on the season. Jennifer Giles fell to 1-8 in the complete-game loss for Charleston Southern (4-10). Bouchard led the Crusader offense with a pair of hits, while Duncan went 1-for-2 with two walks on Sunday.

Valparaiso (6-6) returns to action next weekend at the Stetson Classic from DeLand, Fla. The three-day event begins Friday, Mar. 8 with games against Fairleigh Dickinson and Colgate.