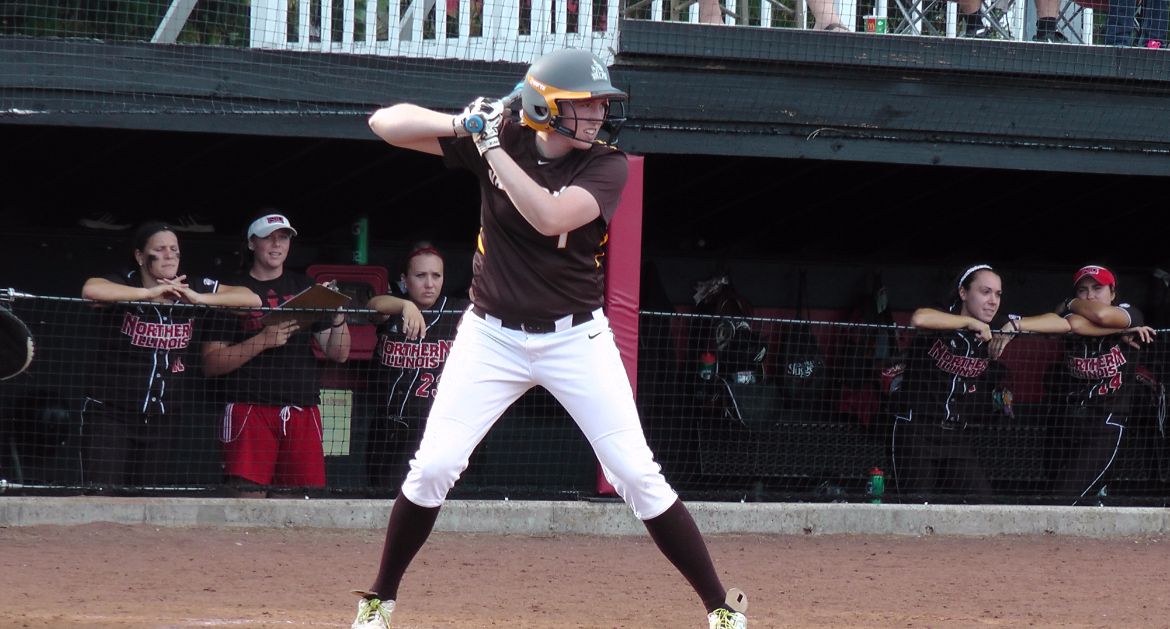 The Valparaiso University softball team received home runs Wednesday evening from sophomores Stephanie Moreno (Murrieta, Calif./Murrieta Valley) and Brenna Boyle (St. John, Ind./Andrean), but it would not be enough to overcome a seven-run deficit as #18 Notre Dame defeated the Crusaders by a 7-3 final at Melissa Cook Stadium.

The Fighting Irish scored five two-out runs in the first two innings, as Caitlyn Brooks connected on a two-run homer in the first before Notre Dame added three more runs in the second. A strike from right field from Kaitlyn Ranieri (Schererville, Ind./Lake Central) to Jenna Stauffenberg (Kankakee, Ill./Bishop McNamara) cut down a potential fourth Notre Dame run in the second inning.

Valpo’s first sustained threat at scoring came in the fourth inning, as sophomore Lanie Callaghan (Elburn, Ill./Kaneland) led off the frame with a single and freshman Carly Trepanier (Manteno, Ill./Manteno) followed by working a full-count walk. The Crusaders stranded a pair of runners in scoring position, however, and Notre Dame scored two in its half of the fourth.

The Crusaders finally cracked the scoreboard in the fifth courtesy of a Moreno round-tripper to just right of center field – her third home run of the season. Later in the inning, Ranieri and senior Taylor Lawson (Tucson, Ariz./Sahuaro) drew back-to-back one-out walks, but could not advance any further on the basepaths.

Then, in the sixth inning, senior Sierra Pico (Las Vegas, Nev./Legacy) lined a single back through the middle with one out, and Boyle followed with a line-drive shot to deep left field – a shot which narrowly cleared the fence for a two-run homer, her second of the year. But with the deficit cut to just four runs, Notre Dame pitching set down the last five Crusader batters in order.

Boyle went 2-for-3 to lead the Crusader offense Wednesday, while Callaghan drew a walk and picked up a base hit. Pico took the loss in the circle for Valpo, starting and tossing the first 3.1 innings while giving up seven runs. Senior Taylor Weissenhofer (Orland Park, Ill./Lockport Township) was solid in relief, surrendering just one hit in 2.2 innings of work while striking out the final five batters she faced.

Rachel Nasland earned the win for Notre Dame (34-6), throwing the first six innings to improve to 12-1. Melissa Rochford went 2-for-2 with three runs scored to lead the Irish offense, while Micaela Arizmendi went 1-for-1 with two RBIs and two walks.

Valparaiso (9-27) faces a key three-game Horizon League series at home this weekend with Detroit. The series kicks off with a single game on Friday at 3 p.m., and all three games of the series will be available live on ESPN3. Links for the live video and live stats will be available via ValpoAthletics.com.