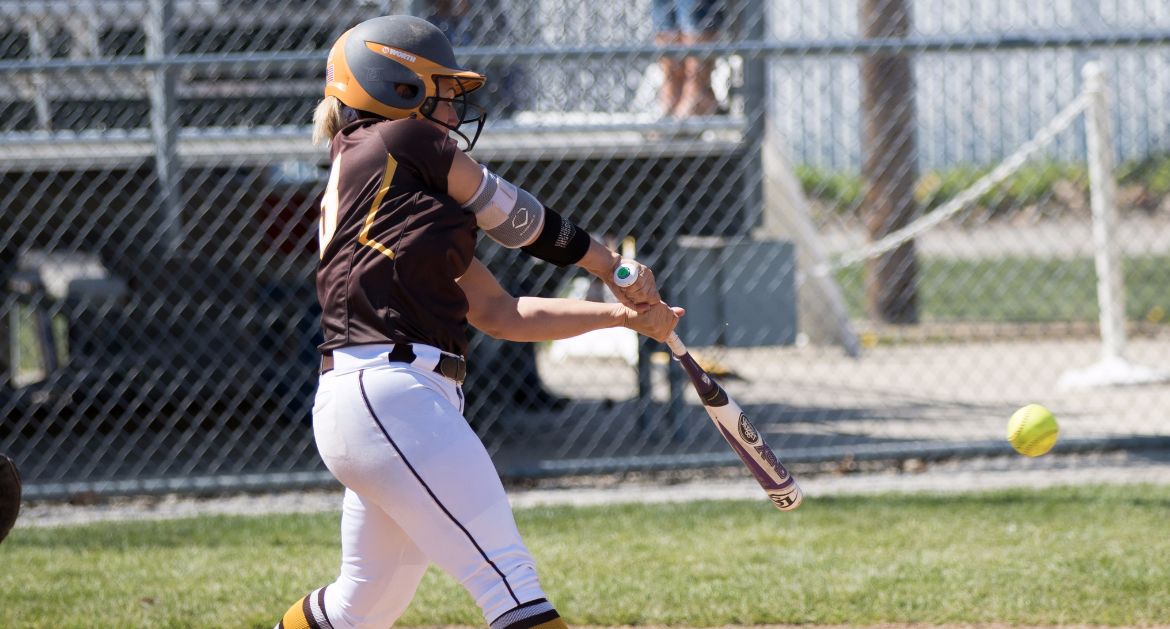 Next Up in Crusader Softball: The Valparaiso University softball team steps out of league play briefly in mid-week action, making the short trip to face nationally-ranked Notre Dame Wednesday, before returning home to face off with Detroit in league play this weekend for three games over two days.

Previously: Valpo faced six Horizon League games last week. The Crusaders traveled to UIC for a three-game series, dropping all three contests, and then returned home to host Cleveland State, against whom Valpo claimed one of three games. Freshman Carly Trepanier led the way at the plate for the Crusaders, going 7-of-15 over the six games.

Following the Crusaders: All four games this week are slated to have live stats available via ValpoAthletics.com. All three games of the Detroit series will be broadcast on ESPN3, while the Notre Dame game will be carried live on WVUR (95.1 FM, Valparaiso) and online. Numerous Valpo games are slated for broadcast on ESPN3.com this spring, including most scheduled home games and a number of road Horizon League contests.

Head Coach Kate Stake: Kate Stake was hired as head coach of the Valparaiso softball program on July 23, 2014 and is in her second season as head coach, owning 25 victories. Stake arrived at Valpo with eight seasons of assistant coaching experience at the Division I level, most recently serving as an assistant at mid-major power Hofstra.

Series Notes: Notre Dame - Valpo trails the all-time series with Notre Dame, 34-11, and is looking for its first win in the series since 1989. The two teams last met in spring play in April of 2004, a game which the Fighting Irish won, 7-2.

Detroit - The Crusaders own a 32-20 advantage in the all-time series over the Titans and are 20-4 versus Detroit since joining the Horizon League prior to the 2008 season. Detroit claimed two of the three games when the two programs met last season in Detroit, bookending the series with wins while Valpo earned a victory in the middle game.

Looking Ahead: The Crusaders once again take a brief break from league action early next week, traveling for a single game at IPFW on Tuesday. Valpo then plays for a third straight weekend at home, hosting Oakland for a three-game series.

Scouting the Opposition: Notre Dame - The Fighting Irish enter the week with a 32-6 overall record and a 9-3 mark in ACC play, hosting Western Michigan in a single game Tuesday evening before welcoming Valpo to town Wednesday. Notre Dame scores better than seven runs per game, led by Karley and Ali Wester, who hit .437 and .417, respectively. In the circle, Allie Rhodes (2.50 ERA) and Rachel Nasland (2.31 ERA) have combined for over 75% of the Irish's innings.

Detroit - The Titans come to Valpo this weekend with a 13-32 overall record and a 5-10 record within the Horizon League, most recently taking two of three games in a league series against Oakland. Jordan Manno leads Detroit with 19 runs scored and has also driven in 13 runs, while Savvy Ferstle owns a team-best 18 RBIs. Ashley Mauser has seen the most work in the circle this year for the Titans and is 6-11 with a 4.06 ERA in 101.2 innings of work.

Trepanier Produces: Freshman Carly Trepanier enjoyed a solid week at the plate last week for the Crusaders. Trepanier led Valpo, going 7-for-15 at bat over the six games and picking up hits in five of the six contests. She has tallied at least one hit in nine of Valpo's last 10 games and is 13-for-26 in the month of April, raising her season batting average nearly 100 points in the process.

Coming Through Off the Bench: The Crusaders had a number of players produce in reserve roles in the series against Cleveland State last weekend. Sierra Pico was hit by a pitch and scored a run in a pinch-hitting appearance in the series opener, and then had a run-scoring double and a sacrifice fly in the series finale. Mollie Lindeman entered in relief to earn the win in the circle in the middle game of the series, and also delivered the game-winning RBI double in the sixth inning. The series finale also saw Jasmine Ramirez come through with a pinch-hit RBI double, while Mackenzie Buchelt entered defensively and went 1-for-2 with two runs scored, an RBI and a walk.

Montgomery Delivers Solid Relief: Sophomore Ashlyn Montgomery has quietly put together good outings in the circle for the Crusaders since the start of Horizon League play. Last week, she had a pair of shutout relief appearances at UIC, tossing four innings and surrendering just two hits. In the Cleveland State series finale, she gave up just two earned runs in 4.2 innings of work out of the bullpen. In her four league appearances this year, Montgomery owns a 1.45 ERA.

New Records This Year: A pair of Crusader seniors have set new Valpo career records already this year. In the circle, Taylor Weissenhofer broke Valpo's career strikeouts record in the Crusaders' third game of the year - Feb. 13 versus St. John's - and now owns 516 career K's. At the plate, Kaitlyn Ranieri drew a walk in her first plate appearance of the year to set a new Valpo career record in that category and currently has 114 career walks.

Moving Up the Charts: While Ranieri already tops the career walks chart, she is continuing to advance on a number of other career charts as she nears the close of her career. The senior is currently third in Crusader history in doubles (43, two shy of second), third in hits (214), third in total bases (338), tied for third in home runs (25), tied for third in RBIs (107) and fourth in runs scored (126).