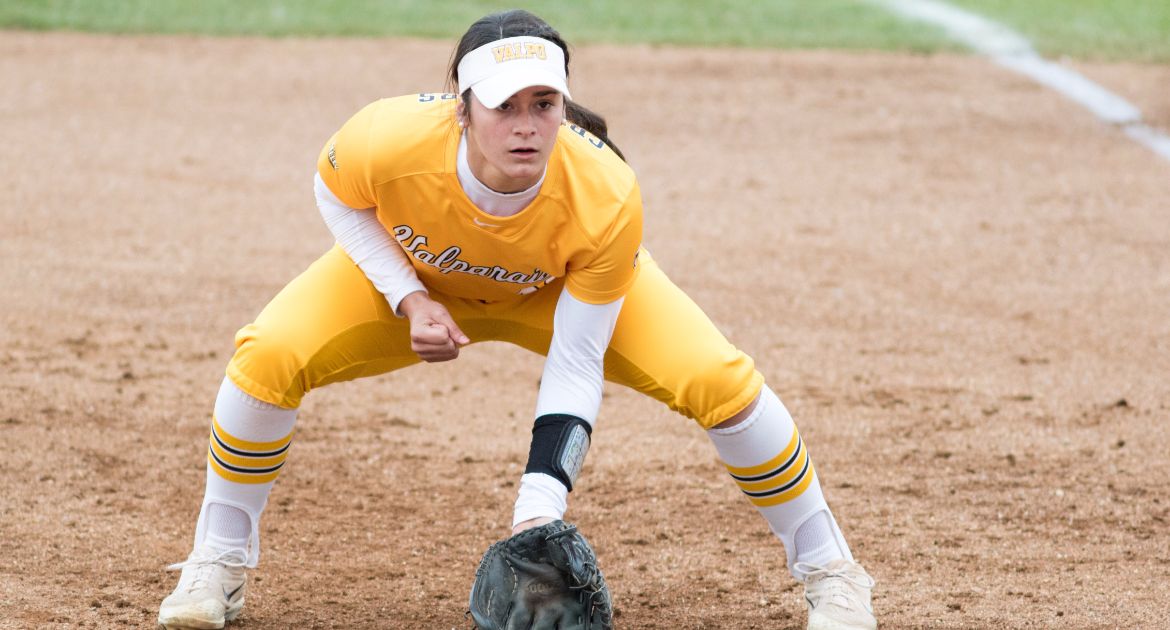 Brittany Anderson was part of three double plays Sunday and also had a hit which led to a run.
Valparaiso at Middle Tennessee St. | February 10, 2019

The Valparaiso University softball team jumped out to a lead against 2018 NCAA Tournament participant Middle Tennessee State in both teams’ tournament finale at the Bulldog Kickoff Classic in Starkville, Miss. on Sunday, but a four-run fifth inning gave MTSU the lead for good as Valpo fell by a 4-2 final.

Valpo (0-5) takes next weekend away from competition before returning to the diamond at the Liberty Challenge in Lynchburg, Va. The three-day tournament opens on Friday, Feb. 22, as Valpo faces Bucknell and Delaware State.