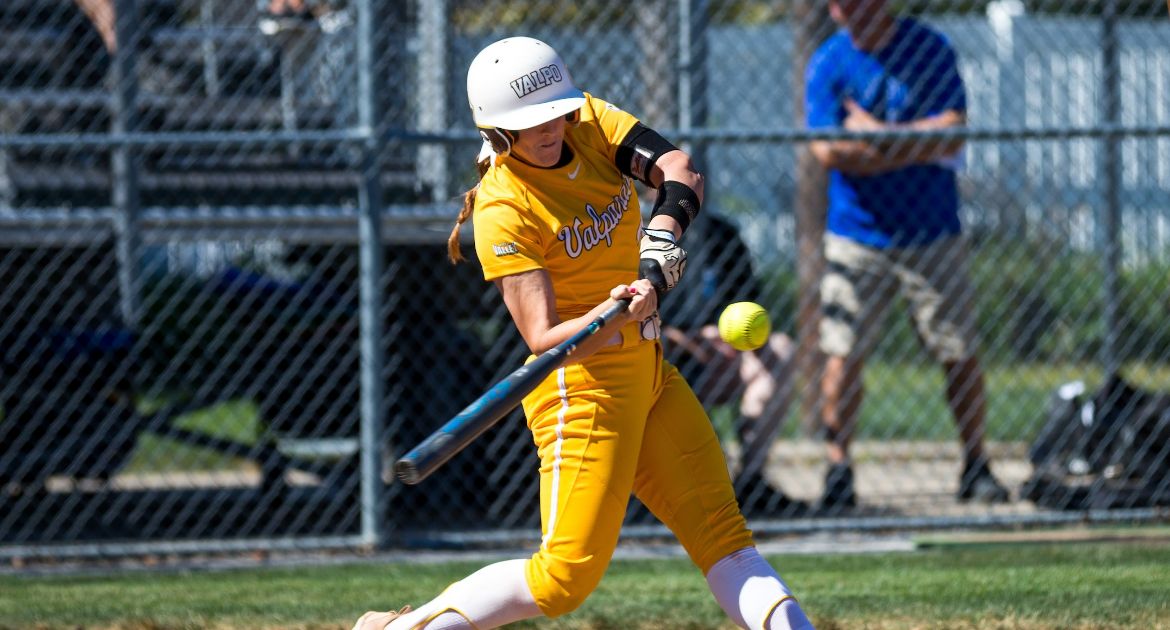 Senior Jaymee Lawton (Goodyear, Ariz./Desert Edge [Utah Valley]) connected on home runs in consecutive at-bats in the second game of Valpo’s MVC opening day Saturday in Peoria, Ill., but Valpo would drop both ends of the doubleheader to Bradley, 9-1 and 8-3. The third game of the series has been moved back to 1 p.m. Sunday afternoon.