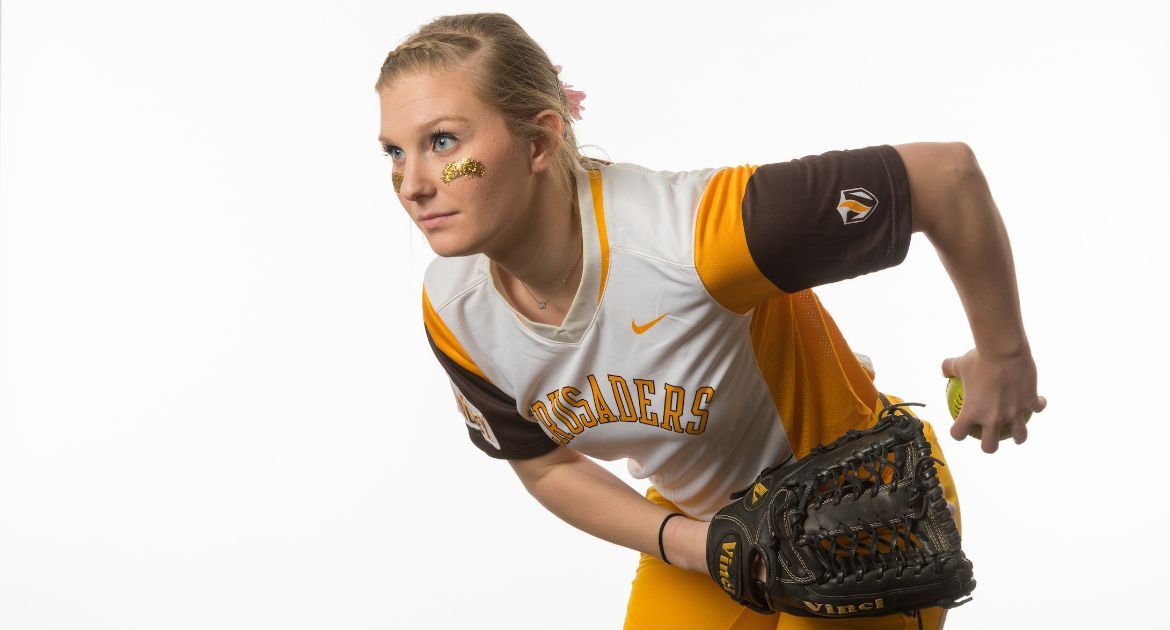 Next Up in Valpo Softball: Valpo returns home this weekend as it welcomes defending MVC champion Drake to the Valpo Softball Complex for a three-game series. Valpo enters the weekend coming off back-to-back victories, while the Bulldogs have won seven in a row. Start time for Saturday's twinbill has been pushed back one hour to 1 p.m.

Previously: Valpo’s series with Missouri State was shortened to just two games due to weather, and the two teams split the Monday doubleheader, as MSU’s Steffany Dickerson threw a no-hitter in the Bears’ 6-0 win in the opener before Valpo bounced back for a 5-2 win in the nightcap. Valpo then scored seven runs in the first inning en route to a 9-6 win in mid-week action at UIC.

Looking Ahead: A Wednesday doubleheader at Loyola awaits Valpo in mid-week action this coming week, followed by a trip to Cedar Falls, Iowa for a three-game series against UNI next weekend.

Following Valpo Softball: All three games this weekend will have audio broadcasts and live stats available via ValpoAthletics.com. Sunday’s game will also be carried live over the airwaves of WVUR (95.1 FM, Valparaiso).

Head Coach Kate Stake: Kate Stake was hired as head coach of the Valparaiso softball program on July 23, 2014 and is in her fifth season as head coach in 2019. Stake, who is 101-130 at Valpo, led the Crusaders to the 2016 Horizon League Championship and a berth in the NCAA Tournament - the third in program history. Stake arrived at Valpo with eight seasons of assistant coaching experience at the Division I level, most recently serving as an assistant at mid-major power Hofstra. She played her collegiate softball at fellow MVC member Illinois State and is a 2005 graduate of ISU.

Series Notes: Valpo and Drake have met just nine times in program history, with the Bulldogs owning an 8-1 advantage in the series. Last season, Drake swept a regular season doubleheader played in Des Moines, 4-0 and 2-1, and then knocked Valpo out of the MVC Tournament with a 2-0 decision. This marks Drake’s second-ever visit to Valpo and first since April of 1990.

Scouting the Opposition: The Bulldogs enter this weekend’s series at 21-13 overall and 7-1 in MVC play, and have won seven straight games dating back to March 23. All-American pitcher Nicole Newman is 12-6 with a 1.36 ERA and has struck out 197 batters in 113 innings this season, and is coming off a perfect game as part of a three-game sweep of Indiana State last weekend. At the plate, Newman owns a team-high 25 RBIs, while junior Mandi Roemmich has scored a team-best 29 runs and is hitting .345.

Looking Back at 2018: Valpo made an immediate impact in its transition to the Missouri Valley Conference in 2018. Despite the move to the MVC, the Crusaders posted a 27-24 record and improved on their team RPI by 67 spots from the previous season. After being picked ninth in the preseason poll, Valpo earned a fourth-place regular season finish and advanced to the MVC Tournament semifinals. Valpo boasted the MVC Newcomer of the Year and a Second Team All-Conference honoree in Kelsie Packard.

Look at the Ratings: Valpo’s front end of the MVC slate is loaded, as the five MVC teams which currently reside in the top-100 in the RPI account for the Crusaders’ first five Valley weekend series. In last Monday’s NCAA RPI release, Valpo came in at 174, while as a conference, the MVC boasted five top-100 teams and ranked 11th - one spot higher than its 12th-place finish a year ago. For comparison, the Horizon League was 28th in 2017 in Valpo’s final season as a league member. In fact, should all three games this weekend be played, Valpo will have already played 16 games this year against top-100 RPI teams - compared to 13 such games in its final two years in the Horizon League combined.

Going Yard: Three Valpo players have connected on home runs over the last two wins, spanning both ends of the career home run spectrum. Against Missouri State on Monday, senior Jaymee Lawton hit a grand slam for her 21st career homer - eighth-most in program history and just one away from sixth place. Then, at UIC on Wednesday, a pair of Crusaders notched their first career home run - junior Hannah Dybalski went deep to lead off the second inning, and freshman Taylor Herschbach led off the sixth inning with a round-tripper of her own.

Big Innings, Few Hits: Over the last two games, Valpo has put some crooked numbers on the scoreboard with a minimal number of hits. In the Monday win over Missouri State, the Crusaders used one error, three walks and one hit (a grand slam) to post five runs in the third inning, which eventually accounted for all of Valpo’s runs in the victory. Then, Wednesday at UIC, Valpo scored seven times in the first inning on just one hit (an RBI single) thanks to six walks and two hit batters. Incredibly, prior to Monday, Valpo had scored five or more runs on just one hit in an inning just twice in the previous 20 years.

Edwards Steps Up: With staff ace Kelsie Packard suffering an injury late in the opener last Monday against Missouri State, Valpo needed redshirt junior Jenna Edwards to step up, and in her two starts since, Edwards has done just that. Starting the nightcap against the Bears, Edwards tossed a complete game five-hitter, striking out a season-best 10 batters to give Valpo the win. Then, on Wednesday at UIC, Edwards followed with five strong innings, surrendering just one run on three hits to record her second straight win. Over her last five appearances dating back to March 24, Edwards is 2-0 with a save and a 1.75 ERA, and is averaging nine strikeouts per seven innings.

It Takes Three (or Fewer): It seems overly simplistic, but limiting opponents’ run production has been the key to Valpo’s wins this season. Valpo is a perfect 11-0 this season when its opponent has scored three runs or fewer - including five shutouts. Meanwhile, the Crusaders are 1-14 when their opponent scores four or more runs, the only anomaly coming with Valpo’s 9-6 win last time out at UIC.