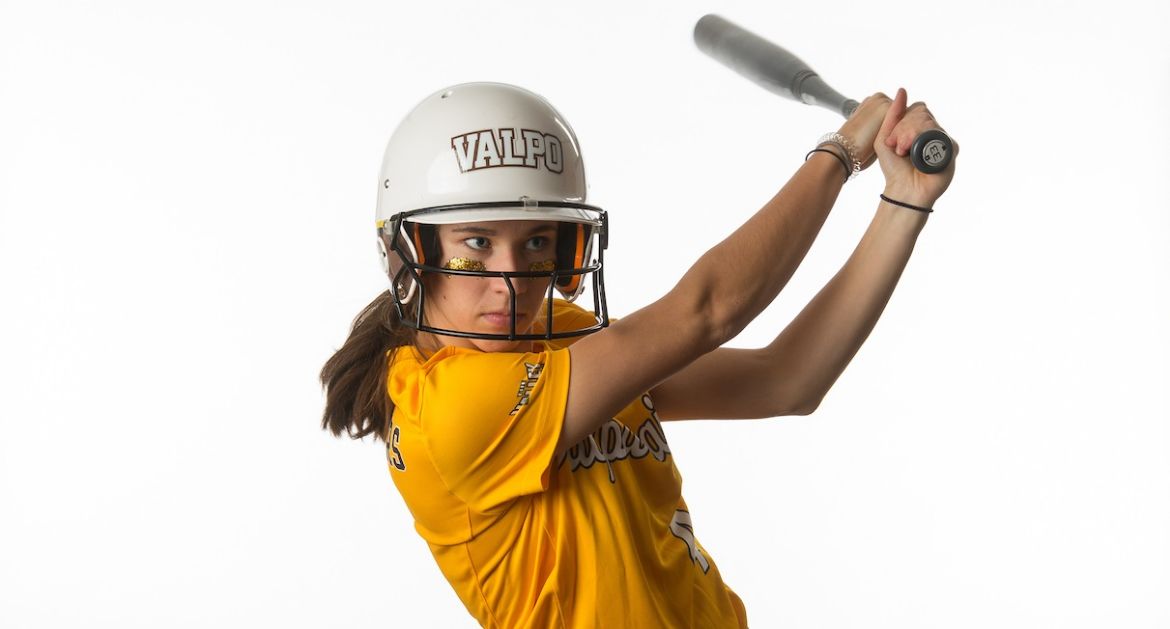 Next Up in Valpo Softball: Valpo hits the road for its lone road weekend in a four-weekend stretch, making the trek to Cedar Falls, Iowa for a three-game series against UNI. This series represents the halfway mark in the Missouri Valley Conference slate.

Previously: Valpo dropped a three-game series at home to Drake last weekend, including a hard-fought 1-0 setback in the middle game of the series. The Brown and Gold then traveled to Loyola for a midweek doubleheader, falling 4-2 and 9-1 to the Ramblers.

Looking Ahead: Valpo will step out of conference play midweek next week for a single game at home against Western Michigan on Wednesday before turning around to host a three-game series against Indiana State on Friday and Saturday.

Following Valpo Softball: All three games this weekend will be broadcast live on ESPN+. Live stats for all three games will also be available via ValpoAthletics.com.

Head Coach Kate Stake: Kate Stake was hired as head coach of the Valparaiso softball program on July 23, 2014 and is in her fifth season as head coach in 2019. Stake, who is 101-135 at Valpo, led the Crusaders to the 2016 Horizon League Championship and a berth in the NCAA Tournament - the third in program history. Stake arrived at Valpo with eight seasons of assistant coaching experience at the Division I level, most recently serving as an assistant at mid-major power Hofstra. She played her collegiate softball at fellow MVC member Illinois State and is a 2005 graduate of ISU.

Series Notes: Valpo owns a 1-8 record all-time against UNI, but picked up that victory last season in the programs’ first meeting as conference foes. Valpo claimed the opener, 2-0, before the Panthers came back with 5-0 and 7-3 victories to take the series. Valpo last played the Panthers in Cedar Falls in 2010, in the Crusaders’ season opener at the UNI-Dome Invitational. Valpo played in the UNI-Dome just last year, as a doubleheader with Drake got moved to Cedar Falls, but has never played the Panthers outdoors in Cedar Falls.

Scouting the Opposition: The Panthers enter this weekend at 17-16 overall and 8-5 in Missouri Valley Conference play, but are on a three-game losing streak, most recently dropping a doubleheader to Drake by scores of 3-1 and 11-3. Junior Sammey Bunch is among the MVC’s best hitters, entering the weekend hitting .433 with 13 home runs, 39 runs scored and 37 RBIs. In the circle, five pitchers have split time over the 33 games, with senior Brooke Craig pitching a team-high 60.1 innings, going 4-2 with a 3.25 ERA.

Look at the Ratings: Valpo’s front end of the MVC slate was loaded, as the four MVC teams which currently reside in the top-100 in the RPI accounted for the Crusaders’ first four Valley weekend series. In Monday’s NCAA RPI release, Valpo came in at 159, while as a conference, the MVC boasted four top-100 teams and ranked 11th - one spot higher than its 12th-place finish a year ago. For comparison, the Horizon League was 28th in 2017 in Valpo’s final season as a league member. In fact, after playing three games against Drake last weekend, Valpo has already played 16 games this year against top-100 RPI teams - compared to 13 such games in its final two years in the Horizon League combined, none of which were league games.

Dybalski Goes Deep: Junior Hannah Dybalski went through the first 71 games of her career without a home run. But twice last week, Dybalski touched them all as she connected on a pair of homers. She led off the second inning in Valpo’s midweek win at UIC April 3 with a round-tripper, and then last Sunday in the series finale against Drake, connected on a three-run homer.

Big Innings, Few Hits: In its last two wins, Valpo has put some crooked numbers on the scoreboard with a minimal number of hits. In the April 1 victory over Missouri State, the Crusaders used one error, three walks and one hit (a grand slam) to post five runs in the third inning, which eventually accounted for all of Valpo’s runs in the victory. Then, April 3 at UIC, Valpo scored seven times in the first inning on just one hit (an RBI single) thanks to six walks and two hit batters. Incredibly, prior to Monday, Valpo had scored five or more runs on just one hit in an inning just twice in the previous 20 years.

Trepanier Moves Up the Charts: Senior Carly Trepanier will have her name plastered all over Valpo’s career record book when her time as a Crusader comes to a close. Trepanier currently ranks fourth in program history in triples (10), seventh in on-base percentage (.393), tied for seventh in hits (181), eighth in total bases (253), ninth in batting average (.319), and 10th in stolen bases (28). She is just one hit shy of moving into sixth position, and one base away from seventh in total bases. Meanwhile, Trepanier is also just one walk and four runs away from those top-10 charts as well.

No At-Bat Necessary: Twice over the past week, Valpo has had a starter not record an official at-bat. Sunday in the series finale against Drake, Brittany Anderson went 0-for-0 with a run scored, drawing walks in all three of her plate appearances. Then, in the opener Tuesday at Loyola, Carly Trepanier finished 0-for-0 with a run scored and an RBI, walking in her first two plate appearances before delivering a sacrifice fly in her third.

It Takes Three (or Fewer): It seems overly simplistic, but limiting opponents’ run production has been the key to Valpo’s wins this season. Valpo is 11-1 this season when its opponent has scored three runs or fewer, including five shutouts. Meanwhile, the Crusaders are 1-18 when their opponent scores four or more runs. The only anomalies have come over the last week and a half - a 9-6 win at UIC April 3, and a 1-0 loss in the nightcap of the Drake twinbill last Saturday.