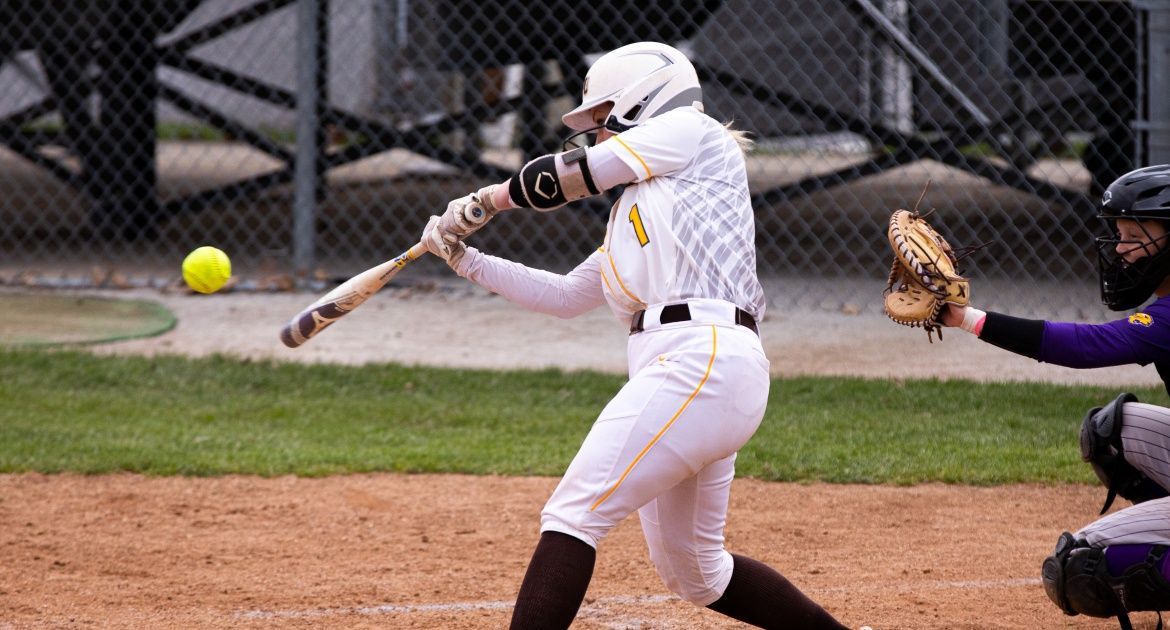 Next Up in Valpo Softball: The regular season slate is fast coming to its end for the Valpo softball team, with four more games on the schedule for this week. The Beacons will head to Loyola for a single game on Tuesday afternoon - moved up one day from the originally scheduled date - before making their final regular season road trip to Illinois State for a three-game weekend series.

Previously: Valpo split its midweek doubleheader last week against Loyola before dropping a three-game series at Drake over the weekend.

Looking Ahead: The Beacons close out the regular season with a three-game series at home next weekend against Evansville.

Following Valpo Softball: Tuesday’s game at Loyola will be broadcast live on ESPN+, while Saturday’s doubleheader at Illinois State will be carried on ESPN3. Live stats for all games this week will be available via ValpoAthletics.com.

Head Coach Amanda Eberhart: Amanda Eberhart was hired as head coach of the Valpo softball program in July of 2021. She brings seven years of head coaching experience at the Division I level, most recently spending the last three years as the head coach at Omaha and previously leading the IUPUI program for four seasons. Eberhart, who owns 142 career victories as a head coach, also has eight seasons of experience on staffs at Big Ten programs.

Series History: Loyola - The second-most common opponent in program history, Valpo is 27-44 against the Ramblers, including a 3-5 mark since joining the MVC. Last week saw the two squads split a doubleheader, with the Beacons rallying from an early four-run deficit for a 9-7 win before the Ramblers pulled away late for a 7-1 victory in the nightcap.

Illinois State - Valpo is just 2-10 all-time against Illinois State. Valpo took two of three from the Redbirds in its inaugural season in the Valley in 2018, but ISU has won the last seven meetings in the series.

Scouting the Opposition: Loyola - The Ramblers sit at 13-25 overall and 7-13 in MVC play after dropping two of three to Missouri State last weekend. Amelia Thomas and Abbey Jacobsen share team-high honors with a .270 batting average, while Peyton Pepkowski is 10-8 with a 2.88 ERA in the circle.

Illinois State - The Redbirds are 19-24 overall and 9-10 in MVC action, falling in all three games at UNI this past weekend. Emme Olson leads ISU in batting average and reaches base at a .456 clip. In the circle, Amanda Fox and Hannah Ross have pitched 260 of 277 innings, with Ross boasting a team-best 2.72 ERA.

Rallying for Wins: Each of Valpo’s last two wins have been of the come-from-behind variety, but in much different ways. Against Purdue Fort Wayne, the Beacons trailed 4-2 entering the bottom of the sixth inning before scoring three times to earn the 5-4 win. It was the team’s first win when trailing through five innings since a 5-4 win over Marshall on March 7, 2021. Then, last week in the series opener with Loyola, Valpo found itself down 4-0 heading into the bottom of the first before exploding for six runs to take a lead it would not relinquish in a 9-7 win. The six-run first inning was the program’s biggest opening frame since pushing seven across in the top of the first of an eventual 9-6 win at UIC on April 3, 2019.

Three By Three: A trio of Valpo players posted three-hit efforts in the mid-week win over Loyola, as Kate Beckemeyer went 3-for-3 while both Lauren Kehlenbrink and Addi Weaver finished the victory 3-for-4 at the plate. It was the first time since February 8, 2014 Valpo has had three or more players each pick up three or more hits in the same game.

Swiping Another Record: For the second time in 12 days, senior Jaina Westphal found her way into the Valpo single-game record book in Sunday’s series finale at Drake. Westphal capped a weekend which saw her steal five bases with a three-steal effort in the finale to match Valpo’s single-game record in the category. Westphal now has 35 career steals, tied with Carla Reiter for sixth-most in program history. This most recent record-tying effort came less than two weeks after Westphal connected on a pair of home runs in a win over Purdue Fort Wayne to match Valpo’s single-game record in that category.

Bringing Home Runs: Junior Lauren Kehlenbrink drove in seven runs over Valpo’s five games last week and slashed .375/.412/.625. She went 3-for-4 with four RBIs, including a two-run homer, as the Beacons overcame a four-run deficit to beat Loyola in midweek action. Kehlenbrink registered an RBI double in the nightcap against the Ramblers, and then followed with a pair of RBI singles in the series opener at Drake. Kehlenbrink nearly doubled her season RBI total over the course of the week, and is now tied for team-high honors with 16 this year.

Doubling Up: Freshman Addi Weaver enjoyed her best week of the season at the plate last week, going 6-for-14 with three doubles and a triple over Valpo’s five games as she slashed .429/.500/.786. She was instrumental in Valpo’s win over Loyola, connecting on a two-run double as part of a six-run first inning to overcome an early 4-0 deficit on her way to coming up just a home run shy of the cycle. Weaver registered a double in each of Valpo’s last two games at Drake as well, posting three doubles for the week after entering the week with just four on the year. Weaver’s season batting average jumped 42 points and season slugging percentage jumped 87 points in the span of the week.

Strong Relief Work: Freshman Cheyenne Nietz posted a 2.62 ERA, allowing just nine hits while striking out 10 batters over four appearances last week. The highlight of the week was her relief outing in Valpo’s win over Loyola. Nietz entered in the second inning of a 6-5 game and escaped a bases-loaded, one-out jam by inducing a 1-2-3 double play. She went on to finish out the game, allowing just two hits and two unearned runs in 5.2 innings of work to earn the victory while striking out a career-best nine batters.

Reaching Base: Senior Taylor Herschbach enters this week on a four-game streak of reaching base multiple times, as she reached twice in each of Valpo’s last four games last week. She went 2-for-3 and scored a run in the nightcap against Loyola last Wednesday, and then went 3-for-7 with two walks and a hit by pitch over the three games at Drake. Herschbach, whose season on-base percentage jumped 26 points on the week, scored a pair of runs, drove in three and stole three bases over the course of last week as well.