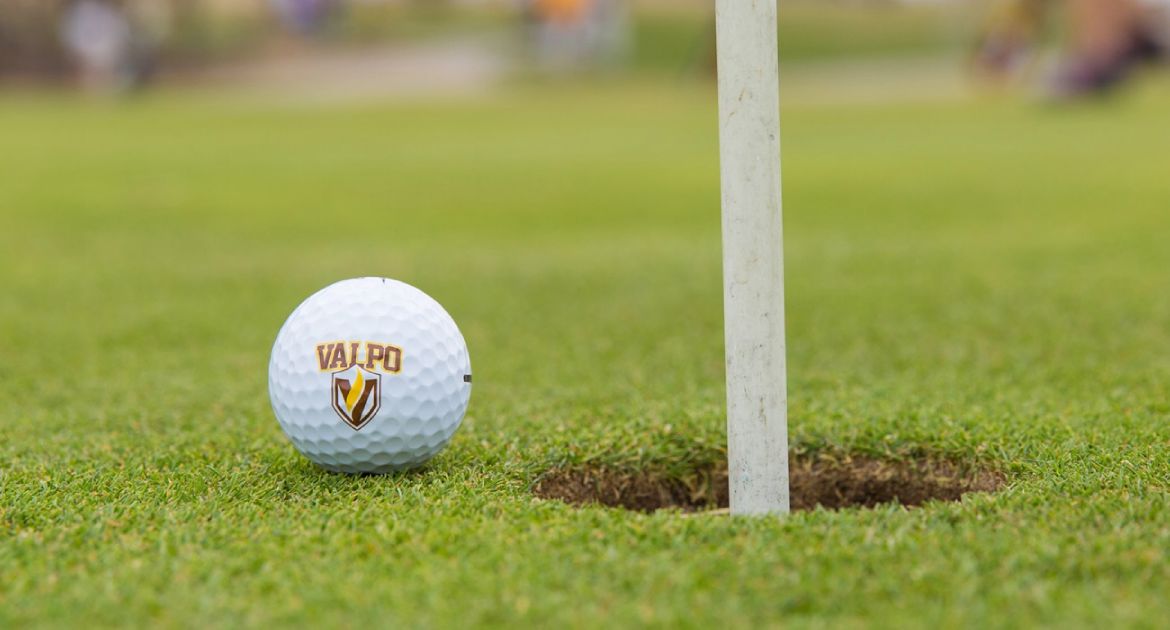 The Valparaiso women’s golf team concluded play today at the Cardinal Classic hosted by Ball State at The Players Club in Yorktown, Ind.

Junior Annie Gaugert (Lake Geneva, Wis./Badger) led the Crusaders as she improved her score from day one by seven strokes, shooting a plus-four 76 to end the tournament with a 159. She shot birdies on 12 and 16 as she moved up 20 spots to finish in a tie for 40th. Her score ties her season-best from the Golfweek Program Challenge earlier this year.

Freshman Kiana Jongsma (St. John, Ind./Lake Central) rounded out the Crusaders as she improved by two strokes from yesterday to finish the day with an 83. She ended her first career tournament in a tie for 88th place with a 172 and birdied number eight.

Sophomore Angie Kim (Schaumburg, Ill./Fremd), who led the Crusaders after day one with a seven-over 79, withdrew before starting competition.

The Brown and Gold finished with a 659 overall for the tournament and finished in 14th place.

The Crusaders have a three week hiatus before returning to the links October 13-14 at the Rocket Classic hosted by the University of Toledo. Competition will take place at Catawba Island Club in Catawba Island, Ohio.