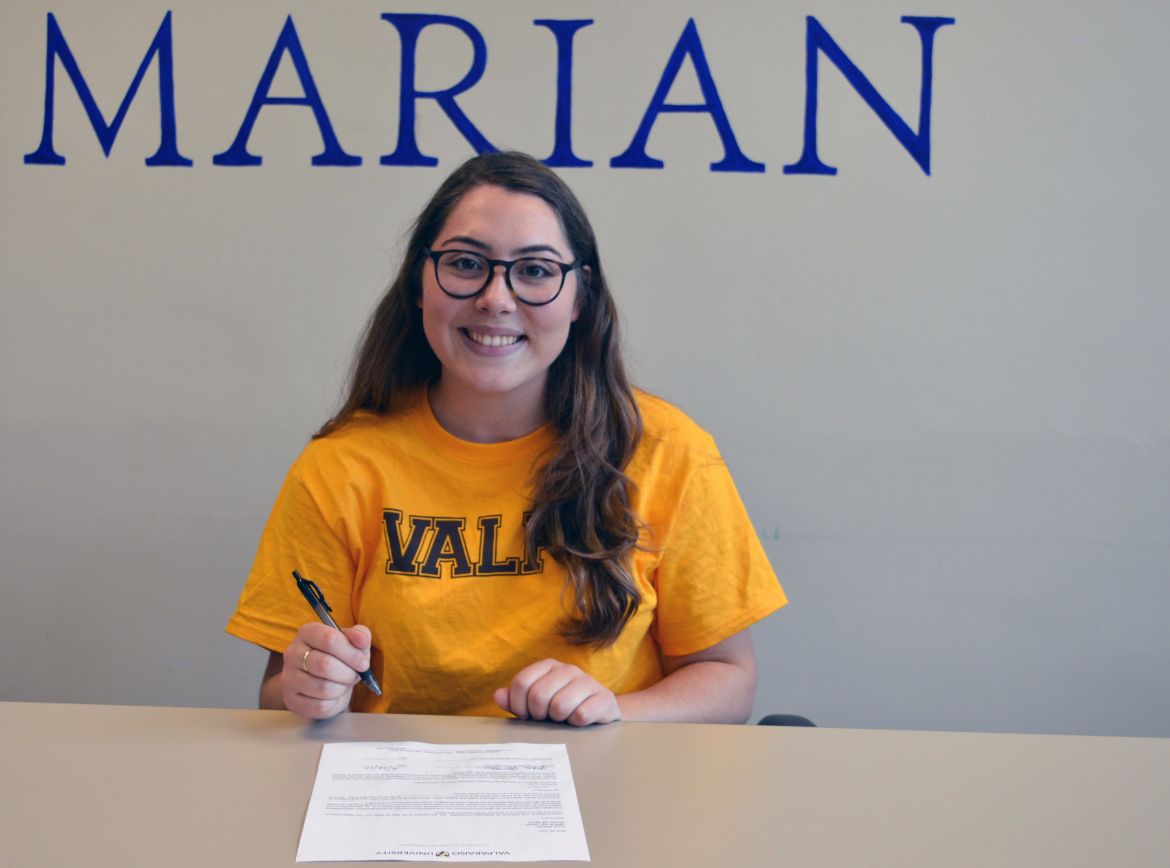 Grace McMinn placed ninth at state as a senior this past fall.

McMinn placed ninth in the 2016 Class A Nebraska State Finals and after finishing 22nd the previous season. She was a four-year varsity letter winner and three-time state qualifier as a team and individually.

“Grace is a tremendous student-athlete,” Valpo head coach Jon Haas said. “While excelling in the classroom in high school, she led her team on the golf course. We look forward to having her join our program this fall.”

McMinn was the co-district champion as a junior and placed in the Top 10 in a number of tournaments during her senior campaign. She earned Marian’s Team MVP award for her efforts this past season.

McMinn’s older siblings attended Lincoln, so initially that seemed to be the obvious college choice. But then Valpo came into the picture.

“I really wanted to find a place that had my Lutheran faith represented,” McMinn said. “I went on the website, and I thought the entire campus was absolutely beautiful. I did the virtual tour and was just blown away by the beauty of it.”

McMinn, who plans to major in biochemistry, was actively involved in a variety of activities in high school including worship choir and diversity club. In her spare time, she writes her own blog and takes an interest in literacy and illiteracy across the world.

The newest member of the Crusaders needed all the way until the May 1 deadline to make her college decision, but in the end it became clear Valpo is the right place for her.

“Coach Haas was so gracious to call and keep getting information on where I was in my decision,” McMinn said. “He was really supportive; he wasn’t forceful at all. He was excited to see me go off to college, and it didn’t necessarily mean I had to go to Valparaiso. He supported anything I chose, which was so special. He took me under his wing. When I went out there to meet the team, I felt loved and very welcomed into the program.”