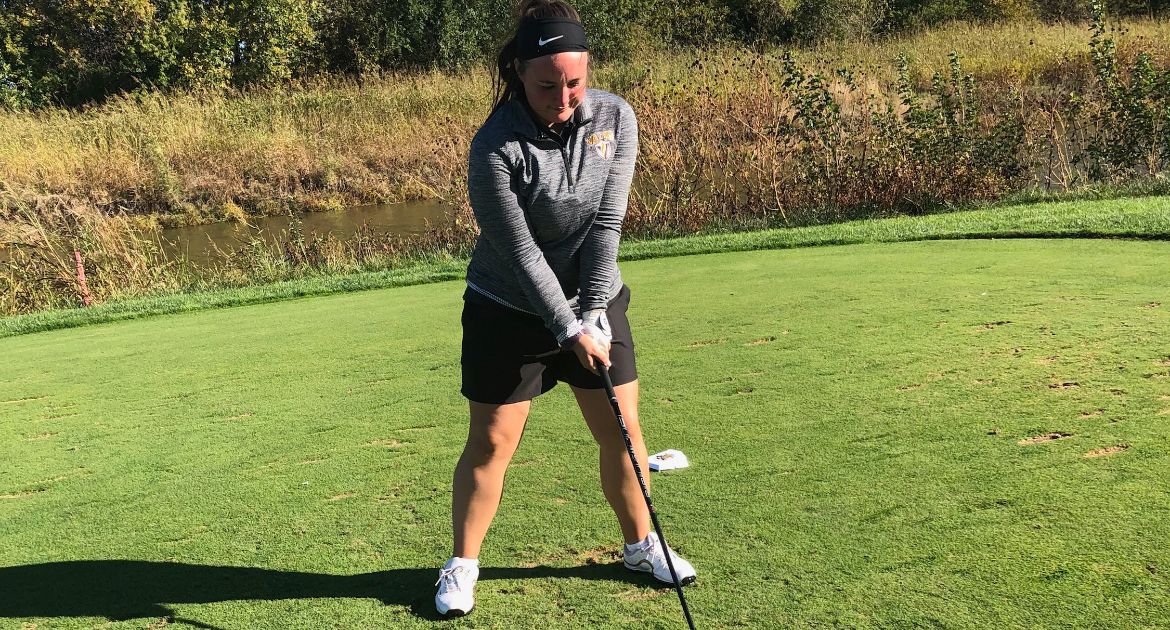 Tiffany Curtis had a team-best 78 in the first round on Monday.

“It was nice to play in our first Missouri Valley event. The players responded well to a tough course. There are a lot of positives to take away from today, but the biggest takeaway was closing the scoring gap between ourselves and the rest of the conference teams. We’ve got a couple schools within reach tomorrow that we are going to try to overtake.”

The third and final round of the MVC Fall Preview will occur on Tuesday. A link to live scoring is available on ValpoAthletics.com.