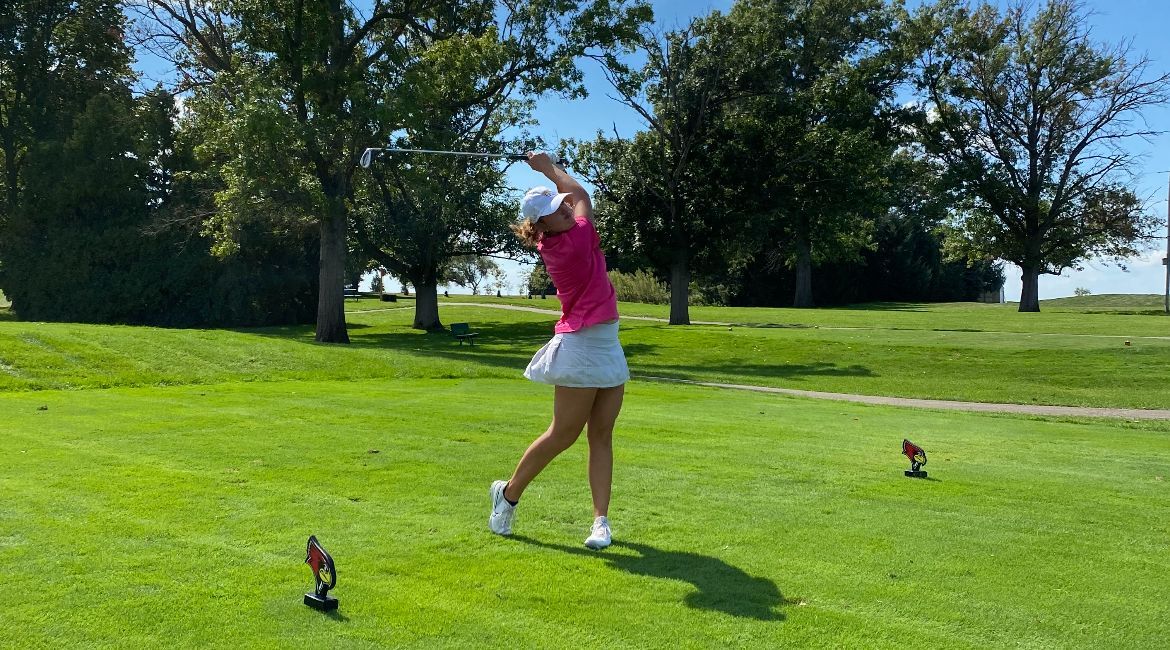 The Valparaiso University women’s golf team began the 2022-2023 season on Sunday by playing the first two rounds of the Redbird Fall Invitational on a cool and rainy day at the par-72, 6022-yard Weibring Golf Club in Normal, Ill. Sophomore Anna Fay (Ada, Mich. / Forest Hills) turned in a solid showing in both rounds to lead the Beacons.

“The conditions were tough today, which made it a lot like spring golf. Anna did a great job of maintaining her composure for 36 holes and posted two solid rounds. Maddie had a great start on the first 18, and we’re hoping she’ll get her putter working again tomorrow.”

The final 18 holes of the event will take place on Monday. A link to live scoring via GolfStat is available on ValpoAthletics.com.