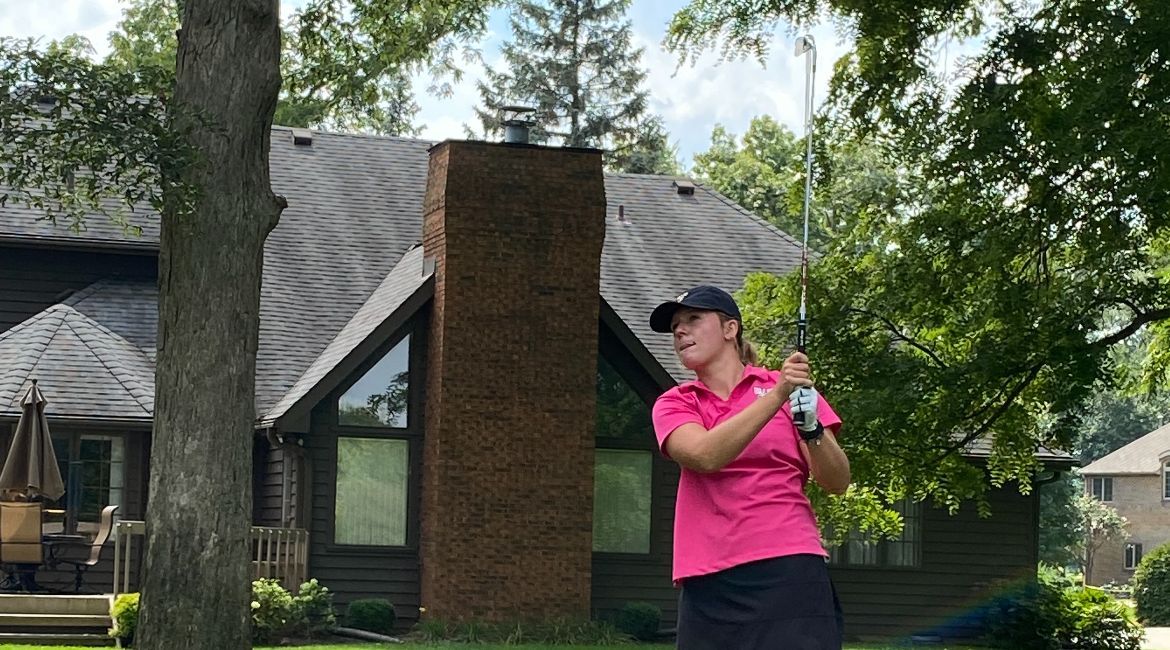 Anna Fay became the fourth player in program history with a round of par or better and the first since 2015 on Monday.

Sophomores Madison Keil (LaGrange, Ind. / Lakeland) and Anna Fay (Ada, Mich. / Forest Hills) each delivered 18-hole scores that joined the top-10 in program history in Round 1, starting this week’s Valparaiso University women’s golf tournament on a high note on Monday. Keil leads the Beacons through 36 holes at the Brittany Kelly Cardinal Classic, hosted by Ball State at the par-72, 6139-yard The Players Club in Yorktown, Ind.

“I am so proud of the girls today. We are starting to be more levelheaded through our rounds and it’s starting to show in our scores. Maddie played some great golf and was able to make some great recoveries. Anna had a series of unfortunate events on one hole but otherwise had a great day. It’s great to see Emily find her footing and starting to settle in to college golf. All in all, it’s so great to see everyone smiling on the golf course. Hopefully we can keep the momentum going tomorrow.”

Valpo will compete in the final 18 holes of the event on Tuesday. A link to live scoring via GolfStat is available on ValpoAthletics.com.