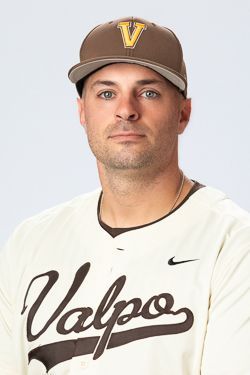 After thriving in his duties as a volunteer assistant for three seasons, Kory Winter took over hitting and recruiting as a full-time assistant coach beginning with the 2019 season.

Winter, who also serves as Valpo’s outfield instructor, joined Valpo’s staff for the 2016 season after serving as an assistant coach at Shippensburg University in 2015. He played collegiately at Wittenberg University, where he graduated in 2010 with a degree in English and education. Winter’s coaching career also includes a stint at Muskingum University, where he was the lead assistant and recruiting coordinator from 2012-2014.