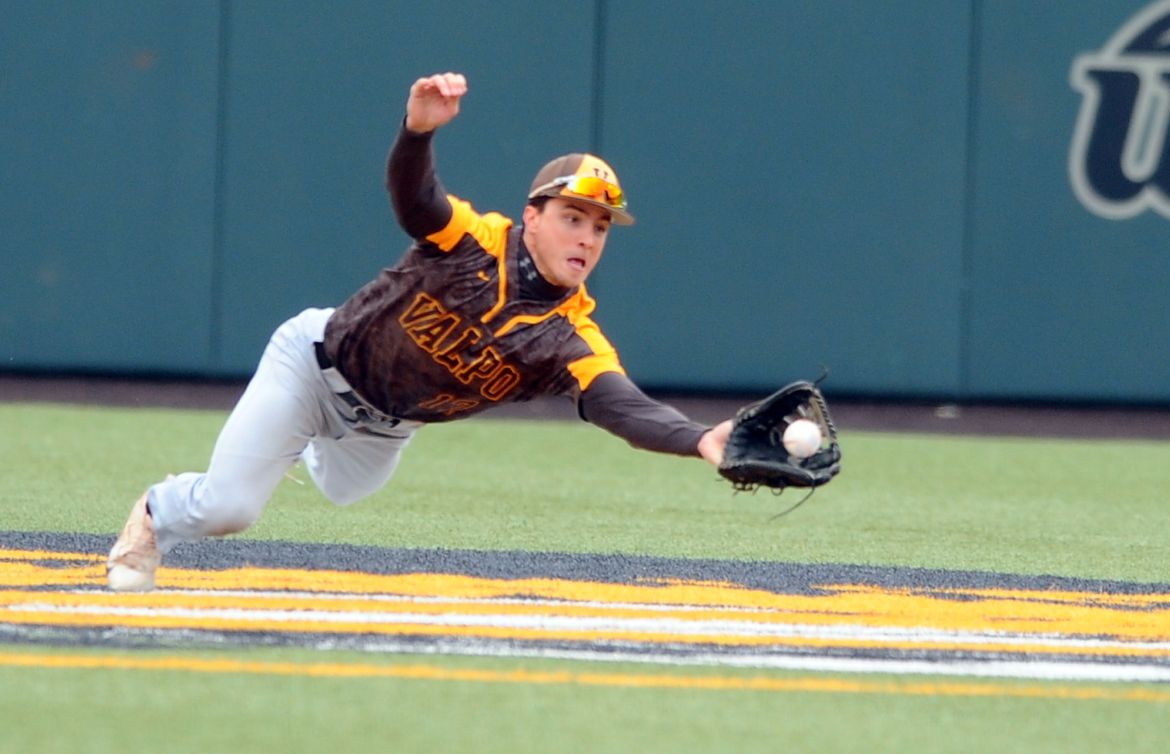 James Stea made a diving play in center field on Saturday.
Valparaiso at Wichita State | April 01, 2017

The Valparaiso University baseball team has been competitive over the course of its tough road schedule to start the season, but one-run losses have been a bugaboo for the Crusaders. Valpo suffered its second straight one-run defeat to Wichita State on Saturday afternoon at Eck Stadium, falling to the Shockers by a score of 3-2.

The Crusaders and Shockers will round out the series on Sunday at 1 p.m. CT. The game will be broadcast on ESPN3, WatchESPN and the ESPN app. Links to live video and stats are available on ValpoAthletics.com.