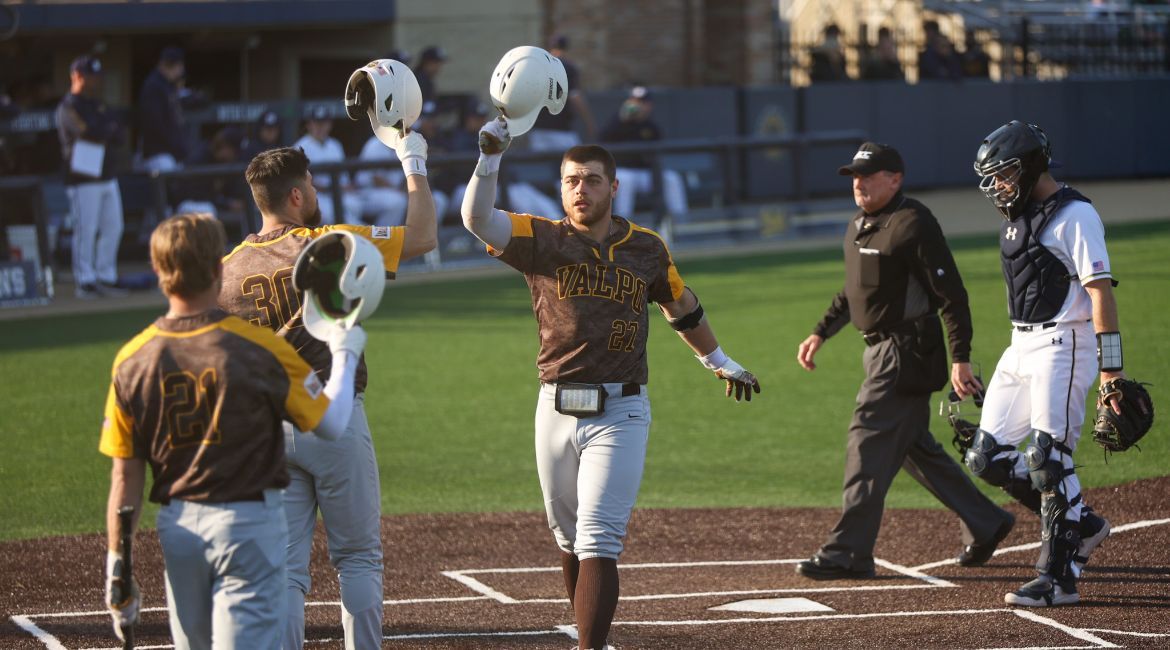 Kyle Schmack accounted for the Valpo run with a solo shot at Notre Dame.
Valparaiso at #1 Notre Dame | March 15, 2022

The Valparaiso University baseball team received a home run by Kyle Schmack (Wanatah, Ind. / South Central) as part of a multi-hit game, but host Notre Dame scored six runs in the first three frames and added six in the eighth en route to a 12-1 victory on Tuesday afternoon at Frank Eck Stadium. The Fighting Irish entered the game ranked No. 6 by D1Baseball and in the top 10 in all six polls, including No. 1 by Baseball America and Perfect Game.

Valpo (5-7) will begin a weekend series at Murray State on Friday at 3 p.m. in Murray, Ky. The game will air on ESPN+, and links to live video and stats will be available on ValpoAthletics.com.