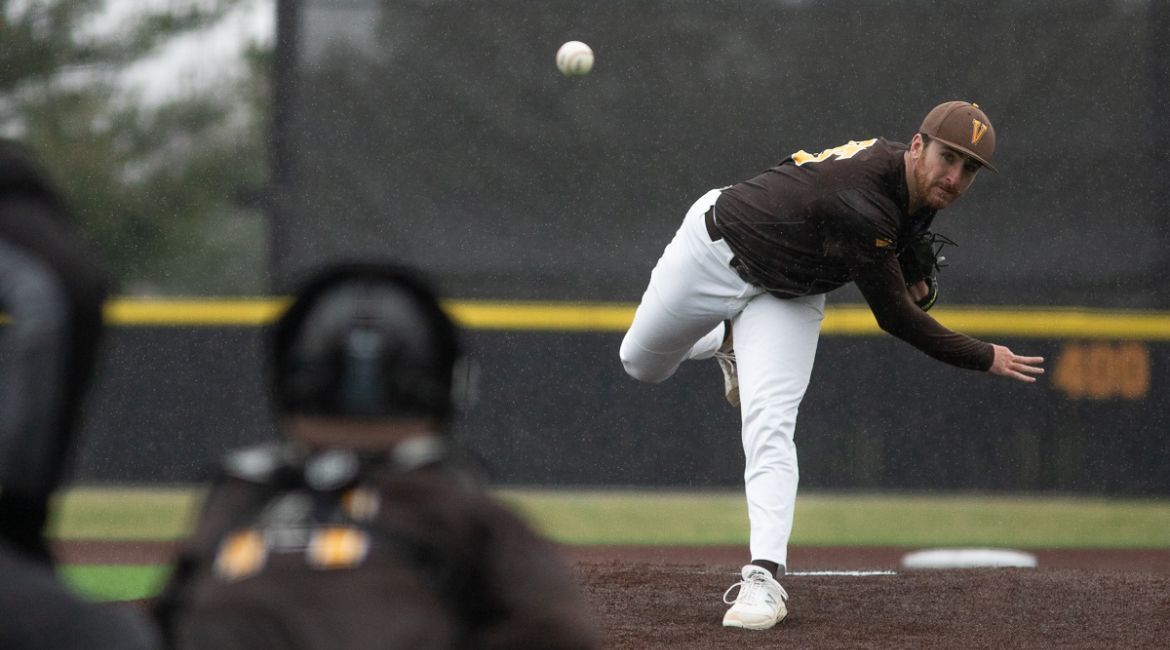 On a day that exemplified March weather in the Midwest, the Valparaiso University baseball team battled through the elements to sweep visiting St. Bonaventure in a doubleheader that opened up the home portion of the season.

The Beacons prevailed 8-5 in Game 1 before recording a 10-0 whitewash in the nightcap to close out the sweep. Valpo pitching combined for 34 strikeouts against just three walks on a day where the weather featured everything from a downpour that caused a rain delay to sunshine alongside a rainbow. Game 1 of the doubleheader marked the first-ever ESPN3 broadcast from Emory G. Bauer Field as the facility was recently upgraded to include web-streaming capabilities.

The two teams are scheduled to close out the series on Saturday afternoon, but fans are advised to check ValpoAthletics.com on Saturday morning for potential weather-related schedule updates.