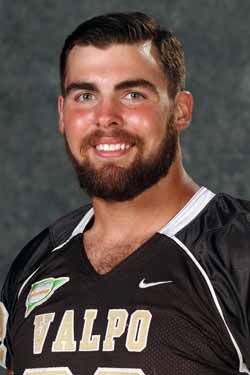 2013: Appeared in all 11 games on the offensive line for the Brown and Gold in his junior season.

2012: Appeared in all 11 games for the Crusaders, ten of which were starts...made his Valpo debut on Aug. 30th versus St. Joseph's.

Prep: A three-year letterwinner for the Vikings ... also lettered in wrestling.