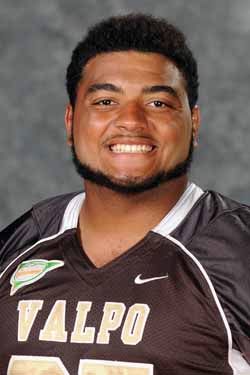 2013: Appeared in nine games for the Brown and Gold at linebacker...made two tackles in the season opener at North Dakota (Aug. 29)...recorded a solo tackle at Saint Joseph's (Sept. 7).

2012: Did not see action for the Crusaders...sat out as a redshirt.