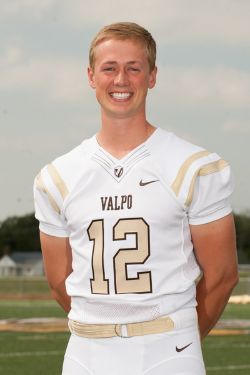 2014: Played in six games under center for the Crusaders...completed 14 of 37 pass attempts for 136 yards on the season...was 3-of-8 for 23 yards in his collegiate debut at Western Illinois on August 28th...completed a three-yard attempt in the home opener versus St. Joseph's (Sept. 6)...registered a 23-yard pass versus Marist (Oct. 4)...was a perfect 2-for-2 against Missouri Baptist (Oct. 11)...connected on seven of his 20 pass attempts versus Drake (Oct. 18), a game that yielded a season-high 52 yards...named to PFL Academic Honor Roll.

2013: Sat out of the season with an injury...named to PFL Academic Honor Roll.

2012: Sat out the season as a redshirt...named to Pioneer Football League Academic Honor Roll.