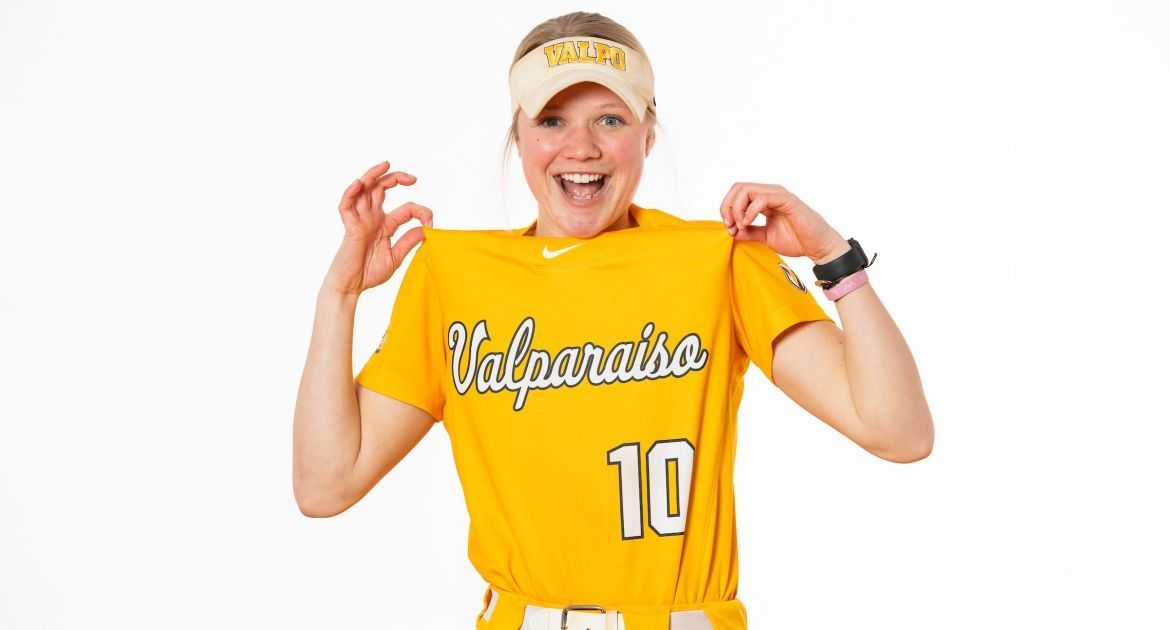 Next Up in Valpo Softball: The Valpo softball team takes a brief stop away from MVC action with a Wednesday evening non-conference game just down the road at Notre Dame. The Brown and Gold return to MVC play this weekend with a three-game series at Evansville, closing out a stretch of 19 consecutive games away from home to open the season.

Previously: Valpo went 1-2 last weekend in its first MVC series of the year, dropping its first two games at Bradley before rebounding for a 4-0 win in the series finale.

Looking Ahead: Valpo opens its home schedule next weekend as it hosts Indiana State for a three-game MVC series April 2-3.

Following Valpo Softball: The Notre Dame game will be broadcast live online on ACC Network Extra. Links for Wednesday’s live video, as well as live stats for all four of this week’s games, will be available at ValpoAthletics.com.

Head Coach Kate Stake: Kate Stake was hired as head coach of the Valparaiso softball program on July 23, 2014 and is in her seventh season as head coach in 2021. Stake, who is 119-168 at Valpo, led Valpo to the 2016 Horizon League Championship and a berth in the NCAA Tournament - the third in program history. Stake arrived at Valpo with eight seasons of assistant coaching experience at the Division I level, most recently serving as an assistant at mid-major power Hofstra. She played her collegiate softball at fellow MVC member Illinois State and is a 2005 graduate of ISU.

Series Notes: Notre Dame - Valpo trails the all-time series with the Fighting Irish, 35-11, and has not earned a win since 1989. Only two of those meetings have come under Coach Stake, however, and both occurred in 2016 - ND earned a 7-3 win in regular season action and then won 8-0 in the NCAA Tournament.

Evansville - The Purple Aces own a 17-5 advantage in the all-time series with Valpo, including a 5-2 edge since Valpo joined the MVC. In 2019 in their last meetings, Evansville swept a three-game series at its home park by scores of 9-1, 6-2 and 4-3, but Valpo got its revenge in the MVC Tournament, ending the Purple Aces’ season with a 5-0 victory.

Evansville - The Purple Aces come into the week at 13-7 overall and 2-1 within the MVC after winning its first conference series last weekend versus Loyola. Reigning MVC Player of the Week Eryn Gould is hitting .424 with 20 runs scored and 21 RBIs. In the circle, Izzy Vetter has seen the most action, going 6-3 with a 1.62 ERA and 77 K in 64.2 IP of work.

A Shutout Win: Valpo bounced back from two losses to Bradley to open MVC play with a 4-0 shutout victory over the Braves on Sunday. Starter Easton Seib went 1.2 innings, stranding the bases loaded in the first, and Caitlin Kowalski pitched the final 5.1 innings in relief, entering with the bases loaded in the second and getting the third out. It was the team’s first shutout since blanking Evansville 5-0 in the opening round of the 2019 MVC Tournament. Valpo’s last shutout in regular season conference play came in May 2018, a 9-0 win at Illinois State.

Swinging a Hot Bat: Over the last four games, junior Peyton Moeder is hitting .667 (8-for-12) and has tallied three multi-hit games. She closed out pre-conference play with a bang against WKU, picking up hits in all four of her plate appearances to finish 4-for-4 - her first career multi-hit game. She then picked up a pair of multi-hit games in the MVC-opening series at Bradley. In Sunday’s win over the Braves, Moeder picked up a pair of hits, scored what proved to be the game-winning run and drove in an insurance run in the seventh inning.

Tripling Up: Junior Jaina Westphal had a rare doubleheader feat last weekend in the Saturday twinbill at Bradley. Entering the doubleheader with just two triples in 75 career games, Westphal connected on a three-bagger in both ends of the twinbill. She now owns three triples this year, tops in the MVC and tied for 12th nationally. Westphal is also just one triple shy of Valpo’s single-season top-10 chart in the category.

Shutdown Relief: Freshman Caitlin Kowalski got the job done in the circle in the series finale against Bradley. Called upon in the second inning with the bases loaded and two outs, Kowalski got an easy fly ball to center to keep the game scoreless. She went on to throw 5.1 innings of shutout relief, scattering four hits while striking out three. Kowalski has made five appearances out of the bullpen so far this year, posting a 0.78 ERA and striking out six in nine total innings.