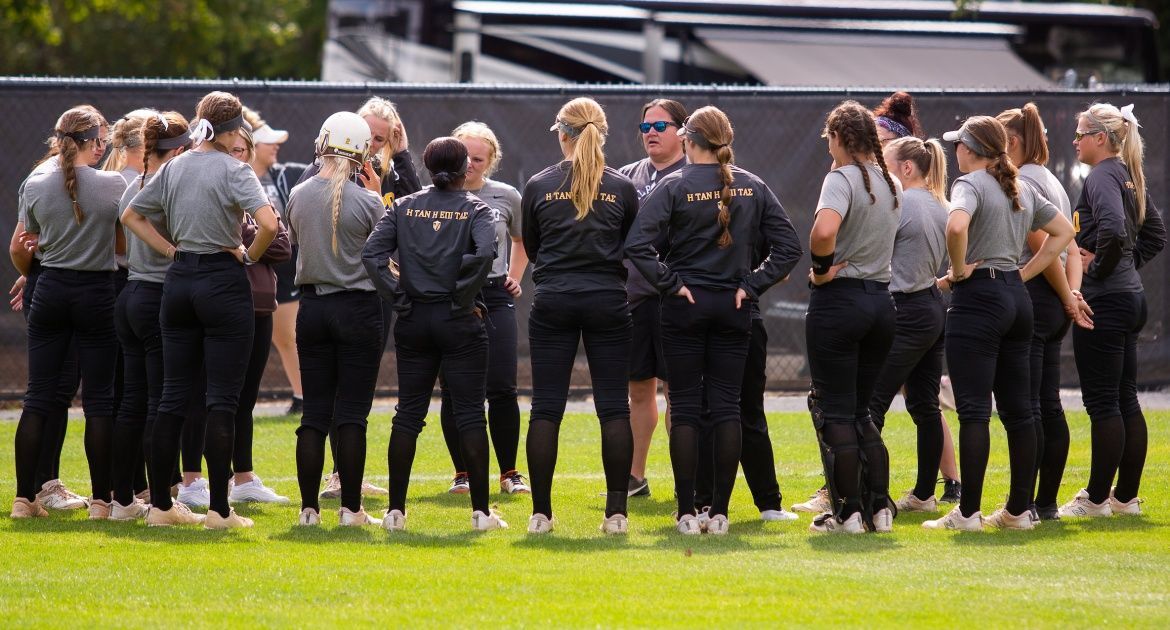 Next Up in Valpo Softball: A new era for the Valpo softball program begins this weekend as the Beacons open the 2022 campaign at the DePaul Dome Tournament in Rosemont, Ill. Valpo will take on DePaul, Butler, Eastern Illinois and Western Michigan over a span of three days.

Following Valpo Softball: All four games from this weekend’s tournament will have live stats available and linked at ValpoAthletics.com.

Head Coach Amanda Eberhart: Amanda Eberhart was hired as head coach of the Valpo softball program in July of 2021. She brings seven years of head coaching experience at the Division I level, most recently spending the last three years as the head coach at Omaha and previously leading the IUPUI program for four seasons. Eberhart, who owns 131 career victories as a head coach, also has eight seasons of experience on staffs at Big Ten programs.

Series Notes: DePaul - Valpo is just 1-44-1 all-time against the Blue Demons and fell to DePaul last season in the season opener at The Dome, 8-0. Peyton Moeder and Kate Beckemeyer picked up hits in that contest. The two programs previously shared conference affiliation in the North Star Conference and the Mid-Continent Conference.

Butler - Valpo owns a 22-19 advantage in the all-time series with the Bulldogs. The two squads have not met since a 3-2 walk-off win in extra innings for Valpo as part of its run to the 2012 Horizon League Tournament championship.

Eastern Illinois ­- The Panthers hold a 13-4 edge in the all-time series over Valpo. The last meeting between the programs came at the Leon Smith Classic in Oxford, Ala. in March 2017, a 3-2 Valpo victory.

Western Michigan - The Broncos have a 19-7 advantage in the all-time series with Valpo, but Valpo claimed a 4-3 victory in the last matchup in April 2019 in walk-off fashion, scoring three runs in the bottom of the seventh to earn the win.

Playing Under the Dome: While playing in early-season dome tournaments is a normal occurrence for northern softball teams, it is something Valpo hasn’t done often. Last season opened at Rosemont as well, but prior to that, the last time Valpo played in a dome tournament in the early portion of the schedule came in 2012, when it played in the UNI-Dome Tournament which was moved to Ames, Iowa that season. Valpo also played indoors in its opening-round win over Evansville at the 2019 MVC Tournament.

Hitting the Road: This weekend’s games start a long and winding road for the Beacons before they finally get the chance to play at the Valpo Softball Complex. This is the first of four weekends of action prior to the start of conference play, as Valpo will also play at College of Charleston, Indiana and Louisville/Kentucky. Then, Valpo’s first two weekends of MVC play are on the road at Indiana State and at Missouri State, with a non-conference game at Western Michigan thrown in there as well. All told, Valpo’s first 25 games of the year are scheduled away from home, as the home opener comes on April 2 - matching last year for the latest home opener since the 2003 season.

Senior Experience: A trio of Valpo’s seniors all enter the 2022 season right around the century mark for career games started. Leading that group is Jaina Westphal, who comes into the year with 102 career starts and is just four stolen bases shy of Valpo’s career top-10 chart in the category. Peyton Moeder has started exactly 100 games over her first three seasons, including all 40 last year in center field, and led the team in runs scored in 2021. Taylor Herschbach owns 98 career starts and led the squad in batting average last season.

Getting on Base: Junior Ryan Milkowski has made a habit of finding a way to get on base by any means possible. Milkowski has paced Valpo in walks in each of her first two seasons and led the team in hit by pitches as well last year. After ranking second on the team in on-base percentage as a rookie, Milkowski led Valpo last season in the category. She enters the 2022 campaign with a .381 career on-base percentage, a mark which would rank among Valpo’s career top-10 chart should she have the minimum required number of plate appearances.