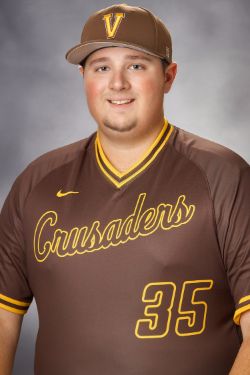 Nic Mishler completed his fifth season on the Valparaiso baseball coaching staff in 2018.

Mishler instructs catchers and assists head coach Brian Schmack with the pitching staff. He was the catching coach for three-year starter Scott Kapers, who was selected in the 2018 Major League Baseball Draft by the Texas Rangers. Kapers became the eighth Valpo player drafted in the nine years and Valpo's highest draft pick since 2011.

Mishler played two years of collegiate baseball at Kellogg Community College where he pitched in the Division II Junior College World Series. After his time at Kellogg C.C., Mishler transferred to Grand Canyon University to assume the role of student assistant. He worked with the pitching staff in addition to serving as bullpen coach of their Division II World Series team.

Mishler spent the summer of 2013 as pitching coach of the East Texas Pump Jacks of the Texas Collegiate League. He also worked with infielders and outfielders while with East Texas.