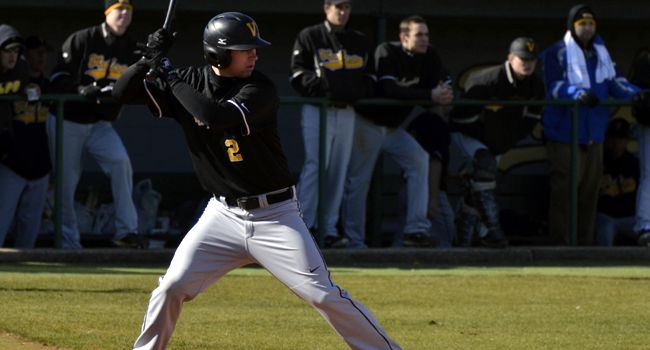 This Week in Crusader Baseball: After winning a season-opening series for the first time since 2009, Valparaiso heads south this weekend for a three-game series against fourth-ranked Arkansas.  Arkansas enters Wednesday’s game against Northwestern State a perfect 4-0 on the year and is averaging more than 7,000 fans per game this year at home.

Head Coach Tracy Woodson: Tracy Woodson, the 16th head coach in Valparaiso University history, is in his sixth season at the helm of the Crusaders and has a 122-158 (.436) record both for his career as well as at Valpo.  Woodson ranks fourth in school history for career wins by a head coach.  A member of the Los Angeles Dodgers 1988 World Champion team, he has also managed in the minor leagues through the AAA level.

Series Notes: Arkansas won the only two previous meetings all-time between the two schools back in 2009 in Fayetteville.  The Razorbacks were 7-3 winners in the series opener on March 3 before posting a 9-6 victory the next day to wrap up the midweek series.  Valpo has never beaten a Southeastern Conference opponent, going 0-14 all-time.  In addition to Arkansas, Valpo is 0-2 against both Mississippi State and South Carolina and 0-8 against Vanderbilt.

Wrapping Up Recent Action: Valparaiso opened the season winning two of three at Murray State last weekend.  The series opened on Friday with a 7-4 victory in 13 innings in a game suspended by darkness after 12 and resumed on Saturday.  Tanner Vavra and Elliott Martin each had three hits in the win while Ben Mahar picked up the victory.  The middle game of the series saw the Racers score the game-winning run with two outs in the bottom of the ninth for a 2-1 victory.  Kyle Wormington allowed just two hits in eight innings of work as Valpo’s starter.  Murray State tied Sunday’s finale at four with two runs in the eighth, but the Crusaders plated three in the ninth for a 7-4 victory.  Andrew Bain went 3-for-5 while Tanner Vavra had the go-ahead two-run triple.

Scouting Arkansas: The Razorbacks have outscored their opponents 49-14 through the first four games and play Northwestern State on Wednesday afternoon before hosting the Crusaders this weekend.  Arkansas is batting .367 as a team with Matt Reynolds leading the way hitting at a .667 clip.  Jacob Mahan bats .545 while Sam Bates has two of the team’s four home runs.  The Razorbacks’ pitching staff has posted a 3.09 earned run average thus far this season with opponents batting just .217 against them.

A Better Start that 2011: Valpo won its second game this season in just the third game overall to move over the .500 mark for the first times since the end of the 2009 season.  The Crusaders have already won more games than they did in the first 18 contests of 2011, starting last year 1-17 before rebounding for a 25-32 finish.

Deetjen Named Pitcher of the Week: Tyler Deetjen was named the Horizon League’s Pitcher of the Week for the first weekend of play after his opening day performance.  The senior southpaw went seven scoreless innings allowing just four hits and walking one while striking out four.  He earned a no decision as Murray State rallied in the ninth, but Valpo still won the game 5-2 in 13 innings.

Quality Starting Pitching: Valpo’s three starters last weekend were nothing short of exceptional.  Tyler Deetjen did not allow a run and scattered four hits in seven innings of work on Friday while Kyle Wormington allowed just one run and two hits in eight innings on Saturday.  Kevin Wild worked five innings in the series finale allowing one run on five hits.  The trio combined for two runs in 20 innings (0.90 ERA), 11 hits, and just three walks.

Swinging a Hot Bat: Will Hagel and Andrew Bain both had a solid weekend at the plate against Murray State to open the 2012 campaign.  Hagel batted .364 while posting a .462 on base percentage.  He had a double and drove home two runs.  Bain batted .357 with a team-leading five hits and drove home two as well.

Deciding the Game Late: All three games last weekend against Murray State were decided in the ninth inning or later.  The Crusaders also snapped a string of six straight extra inning defeats dating back to 2010 with the 13-inning victory in the season opener.

Keep the Bags Packed: Valpo will play its first 19 games away from home before finally returning to Emory G. Bauer Field on March 23 to host Milwaukee.  After this weekend the Crusaders then will travel to Gardner-Webb, Wofford, and South Carolina Upstate for single games before facing Wake Forest for a two-game set and Campbell for a three-game series.  Single games at Winthrop and Belmont will also take place before opening Horizon League play March 16-18 at Butler.

This and That: Valpo has 17 new faces on the roster this season, including 10 freshmen ... Chris Manning hit Valpo’s lone home run of the opening weekend ... Tanner Vavra drove in a team high three runs against the Racers ... Valpo’s pitching staff posted a 2.35 earned run average after leading the Horizon League last year with a staff mark of 3.95 ... the Crusaders committed just two errors in the opening three games for a .987 fielding percentage ... Steven Scoby laid down three successful sacrifice bunts against Murray State.