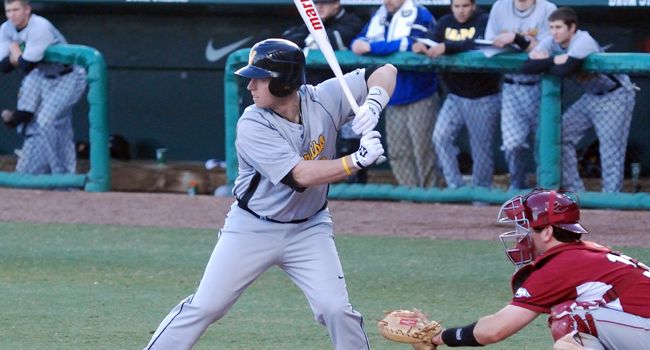 This Week in Crusader Baseball: After playing its first 19 games of the season away from home, Valparaiso returns to the friendly confines of Emory G. Bauer Field this weekend to open a three-game series with Milwaukee as part of a six game homestand spanning the next two weekends.  First pitch in Friday’s home opener is slated for 3 p.m. against the Panthers with Saturday’s and Sunday’s games commencing at 1 p.m.

On the Air: All three of the games this weekend can be heard live on WVUR (95.1-FM, Valparaiso) and online through valpoathletics.com with Valpo students handling the play-by-play and color commentary.  Live stats will be available through www.valpoathletics.com for each game as well.

Head Coach Tracy Woodson: Tracy Woodson, the 16th head coach in Valparaiso University history, is in his sixth season at the helm of the Crusaders and has a 125-171 (.422) record both for his career as well as at Valpo.  Woodson ranks fourth in school history for career wins by a head coach.  A member of the Los Angeles Dodgers 1988 World Champion team, he has also managed in the minor leagues through the AAA level.

Series Notes: Milwaukee leads the all-time series against the Crusaders 27-12 dating back to 1990.  The Panthers won four of five games against Valpo last season, beginning with a doubleheader sweep at Emory G. Bauer Field on May 14 with both games being 7-3 scores.  Milwaukee took the first two games of the series in Wisconsin May 19-20 in extra innings, winning 4-3 and 6-5 before the Crusaders won the season finale 14-2 to close the regular season.  The Panthers have won eight of the last nine between the two schools.  Valpo’s last home win against Milwaukee came on March 27, 2009, a 7-5 triumph.

Wrapping Up Recent Action: Valparaiso fell to Belmont 8-6 last Wednesday in midweek action before opening Horizon League play at Butler over the weekend.  The Crusaders dropped the series opener against the Bulldogs 5-4 in 10 innings on Friday before pounding out 20 hits in a 15-7 victory in Saturday’s middle game.  Butler won the finale on Sunday 13-8 after Valpo jumped out to a 6-2 lead after an inning and a half.

Scouting Milwaukee: The Panthers have won three of their last four after taking two of three at Youngstown State last weekend to open Horizon League play.  Milwaukee will be playing games 18 through 20 away from home this weekend as part of its season-opening 21-game road trip.  The Panthers are hitting just .217 as a team this season.  They are led offensively by Will Fadness who is batting .300 with seven doubles.  Jonathan Capasso leads the team with two home runs and 10 runs batted in.  Milwaukee’s pitching staff has posted a 4.91 ERA thus far this season, tops in the Horizon League.

Looking to Make it Two Straight Home-Opening Wins: Valparaiso looks to win its second straight home opener on Friday after the Crusaders defeated UIC 5-2 on April 2, 2011 in last year’s first home contest.  The 2011 home opener was originally schedule for a day earlier, but rain forced the postponement of the game.

Heading for Third: Tanner Vavra leads the Horizon League and ranks second nationally with four triples already this season after recording a pair of three-base hits last weekend at Butler.  The four triples are as many or more than four of the other five Horizon League teams have registered this season total.  The Crusaders lead the conference as a team with seven triples.

Manning Has Big Week: Chris Manning had multi-hit games in four of Valpo’s five contests last week.  The sophomore centerfielder had a pair of three-hit contests against Butler over the weekend, and was just a home run away from the cycle in Sunday’s series finale.  Manning has raised his average to a team-leading .338.

Bats Explode with a Hit Parade: Valparaiso pounded out a season-high 20 hits on Saturday afternoon in the 15-7 victory over the Bulldogs.  Every member of the Crusader lineup had at least one hit by the fifth inning.  The Brown and Gold has registered at least nine hits in each of the last six games now heading into this weekend.

Clearing the Bases: Valpo as a team is batting .462 (6-for-13) this season with the bases loaded.  Bobby Martin has two hits in three at bats in the situation while Billy Cribbs and Elliott Martin have both delivered in their only opportunity with the sacks full.

Lots of Multi-Hit Efforts: Andrew Bain has already tallied 10 multi-hit games through the team’s first 19 contests of the year after registering three more multi-hit contests last week.  Bain is batting .333 on the season with all 28 of his hits on the year going for singles.

Scoby’s On Base Streak Reaches 14: Steven Scoby saw his 13-game hitting streak come to an end on Sunday against Butler, but did reach base safely and has now reached base in 14 consecutive contests.

More Bonus Baseball: Valpo played its fifth extra inning game of the season on Friday at Butler.  The Crusaders are 3-2 when playing 10 or more innings.

This and That: Andrew Bain enters the weekend with the team’s longest active hitting streak at eight straight games ... every spot in the Crusader batting order has been occupied by at least two different individuals this season ... opponents are batting just 138 (4-for-29) against closer Jarad Miller with runners on base ... Chris Manning leads the Horizon League with 14 runs scored this season ... John Loeffler had three doubles last weekend and now has six for the season.