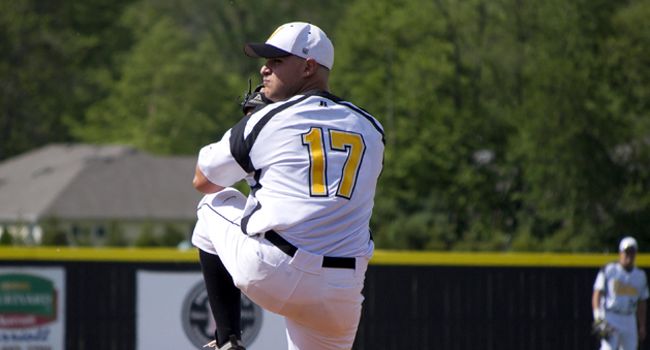 Three freshmen pitchers combined on a three-hit shutout on Tuesday afternoon as Valparaiso opened its nine-game homestand with an 8-0 victory over North Central at Emory G. Bauer Field.

“All three freshmen that threw today for us pitched well,” head coach Tracy Woodson said.  “This bodes well for the future for us, as all three have been seeing time at critical spots for us of late.  The trio allowed just three hits and one walk on the day and we got lots of ground ball outs.”

The Brown and Gold batted around in both the sixth and eighth innings, scoring three runs in each inning.  Andrew Bain (Indianapolis, Ind./Park Tudor H.S.) had a two-run single in the sixth and Hagel drew a bases loaded walk to make it 5-0 Crusaders.

“The only downside today was that we left 14 men on base and that’s way too many,” Woodson added.  “We gave away some at bats.”